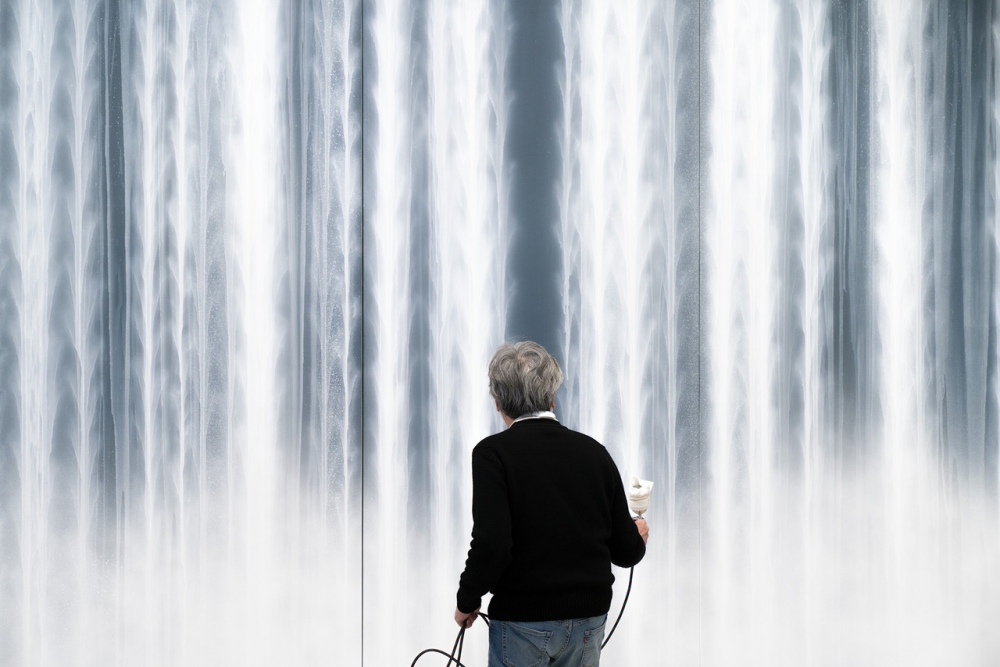 Hiroshi Senju’s work will be on view at the Kobe Artists Museum & Kobe Fashion Museum in an exhibition commemorating the completion of two monumental paintings for Kongobuji Temple at Koyasan. The temple is a sacred site in Japanese Buddhism, founded by the priest Kobo Daishi/Kukai in the early Heian era and a UNESCO World Heritage site. The works—a waterfall and a cliff—were commissioned to celebrate Koyasan’s 1,200th anniversary.

Hiroshi Senju created these epic paintings over the last three years, a massive undertaking he considers the culmination of his career to date. Ahead of the dedication at Kongobuji, the paintings will be on view at the Kobe Artists Museum & Kobe Fashion Museum, alongside a selection of other major works by the artist from September 14 to November 4, 2019.

This show, titled Senju Hiroshi: Commemorating the Completion of Fusuma Paintings for Kongobuji Temple, Koyasan, will be followed by several other museum presentations throughout Japan until the paintings are installed as fusuma (sliding doors) in the Kongobuji Temple in the summer of 2020.