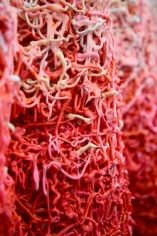 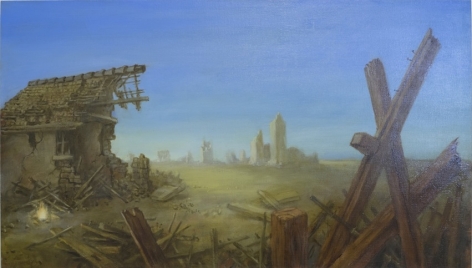 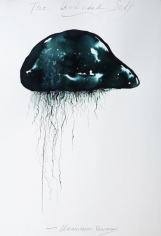 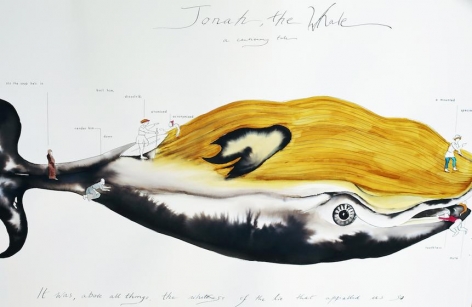 As Singapore celebrates fifty years of independence, Sundaram Tagore Gallery presents a selection of specially commissioned artworks by nine artists of and from Singapore. Curated by June Yap, this exhibition offers a look at contemporary aesthetics and its challenges through the subject of paint in its relation to history and production.

Chun Kaifeng (b. 1982) is interested in mapping the day-to-day. Using industrial techniques and materials, he makes sculptural objects based on ordinary urban elements that exist in the background of a city. Co-founder of artist-run space Latent Spaces, Chun is also a curator, educator and writer.

Chun Kai Qun (b. 1982) works primarily as a sculptor and installation artist, investigating material culture in the form of objects and how they inform contemporary society. Educated at the Glasgow School of Art, Scotland, he has exhibited at the Singapore Art Museum and Art Stage Singapore.

Martin Constable (b. 1961), a teaching professor at Nanyang Technological University, Singapore, combines photography, painting and visual effects to research ways in which aesthetics as well as the role of the artist are being redefined by technology.

Painter Warren Khong (b. 1984), whose approach has been inspired by Japanese manga, investigates the concepts of his medium and its relation to surface, materiality and notions of beauty. Additionally, in his present series of works, Khong focuses on the aspect of light as material for an aesthetic effect.

A trained sculptor, Kai Lam (b. 1974) employs a range of mediums, including painting, video, performance and sonic art, to translate his observations of daily life, the human condition and social environments. Lam has initiated numerous art groups and platforms, including Artists Investigating Monuments and Rooted In the Ephemeral Speak, Singapore.

Jane Lee (b. 1963) is best known for her innovative techniques and use of materials. Awarded the 2011 Celeste Prize for painting, she explores the very nature of the way paintings are constructed by treating the components of painting in new ways. Her work is currently on view in Frontiers Reimagined, a collateral event of the 56th Venice Biennale.

Shubigi Rao (b. 1975), a visual artist and writer, creates complex and layered installations that reflect her interests, ranging from archeology and neuroscience to 13th to 15th century science and cultural genocide. Her installations include handmade books, drawings, etchings, pseudo-science machinery and garbage. She was recently granted the Centre for Contemporary Art 2015-2016 Artist in Residence.

Jeremy Sharma (b. 1977) works primarily as a painter, but his body of work includes video, photography, drawing and installation. His practice investigates the concept of art as a reflection of a conscious life in the age of mechanical, industrial and digital reproduction and interconnectivity.

Since Paul Delaroche's alleged 1839 declaration of the end of painting with the advent of the daguerreotype and thus the birth of photography, painting's death knell has repeatedly been sounded. Yet painting has steadfastly refused all attempts of burial, its artful tenacity due less to its malleability than to its essence. Dear Painter draws its title from German artist Martin Kippenberger's seminal 1981 series of paintings — Lieber Maler, male mir (Dear painter, paint for me) — which he commissioned of a billboard painter, in a comment on the aesthetic act and its limits. In Dear Painter, the focus shifts from artistic hand to the material of paint in its guises of mark, craft, concept and objectification, recalling as well an aesthetic patrimony stretching back to the time of the nation's syncretic modernist turn. Through the artworks of nine artists, Dear Painter presents a dialogue of contemporary approaches at the juncture of Singapore's semi-centennial, to reflect upon the stakes at the vanguard of art.

June Yap is a curator and art historian based in Singapore. She was previously Guggenheim UBS MAP Global Art Initiative Curator for South and Southeast Asia, Deputy Director and Curator of the Institute of Contemporary Arts Singapore and curator at the Singapore Art Museum. She researches and writes on contemporary art in Asia. Selected curatorial projects include No Country: Contemporary Art for South and Southeast Asia at the Guggenheim Museum; The Cloud of Unknowing at the 54th Venice Biennale, Italy; Das Paradies ist Anderswo/Paradise Is Elsewhere at Institut für Auslandsbeziehungen, Germany; and Bound for Glory at the National University of Singapore Museum. 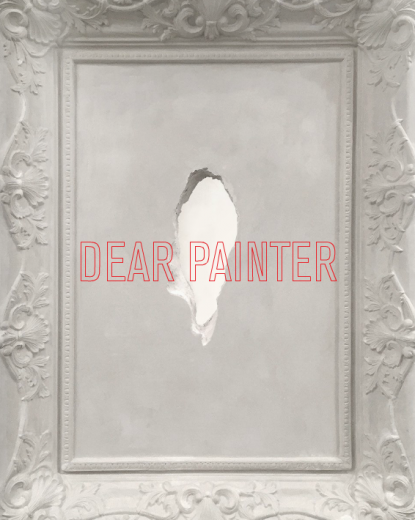 Publication
Dear Painter
Back To Top