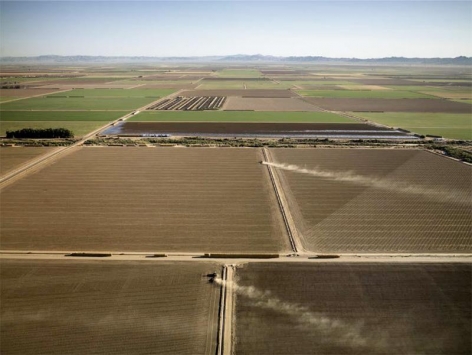 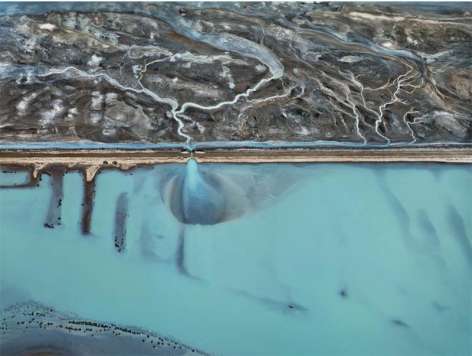 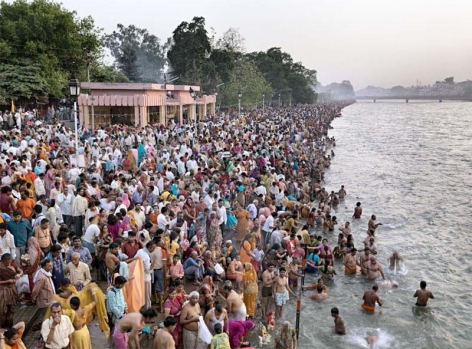 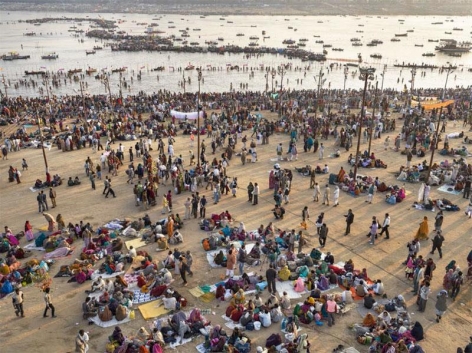 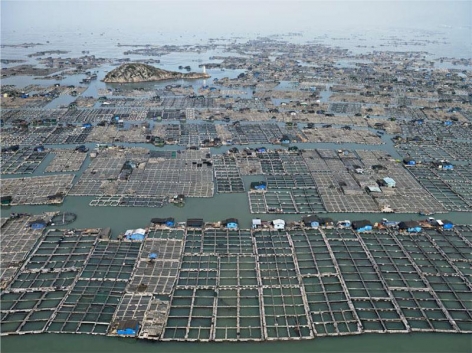 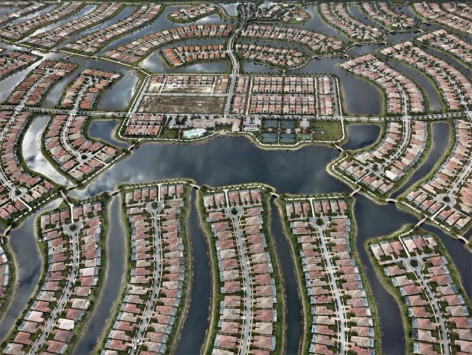 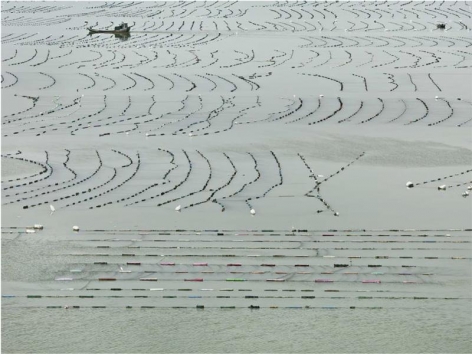 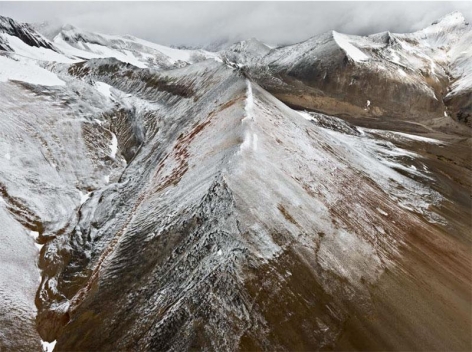 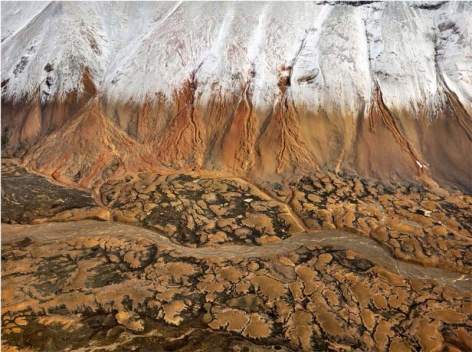 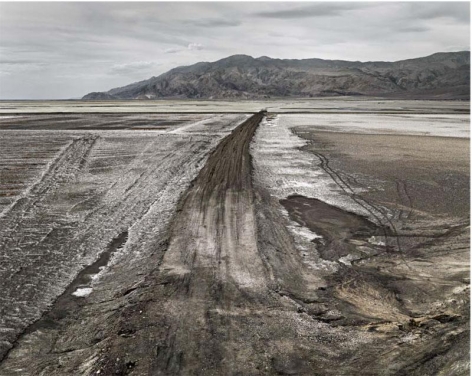 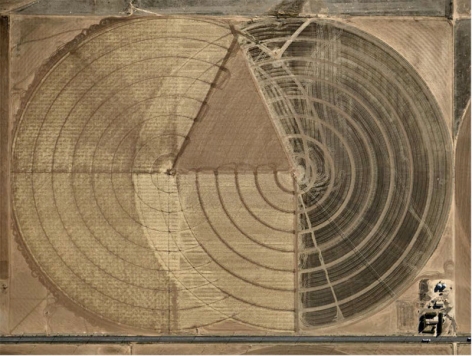 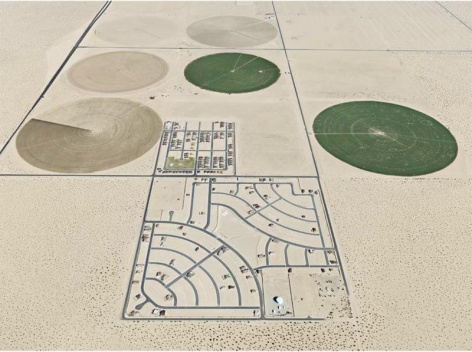 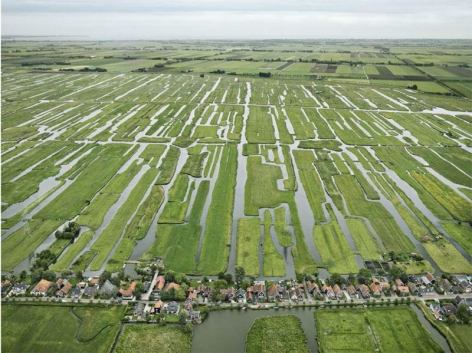 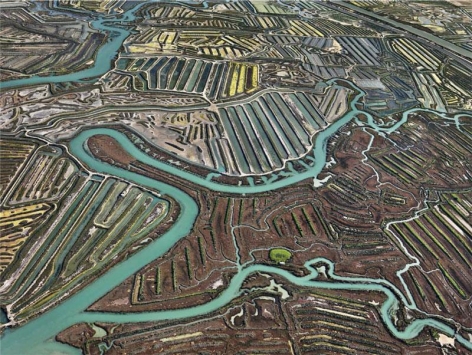 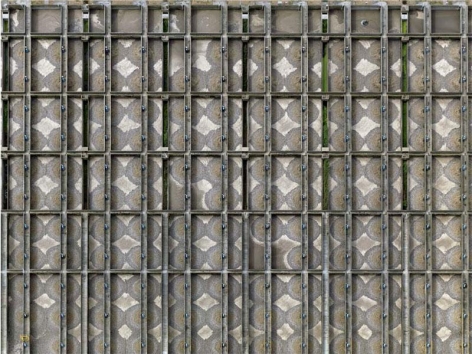 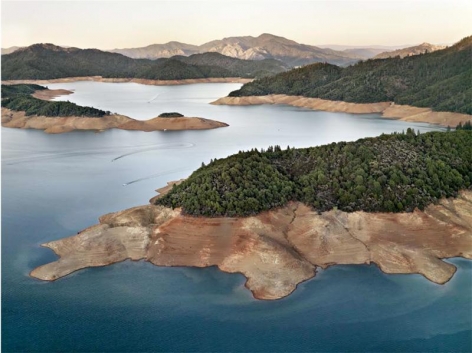 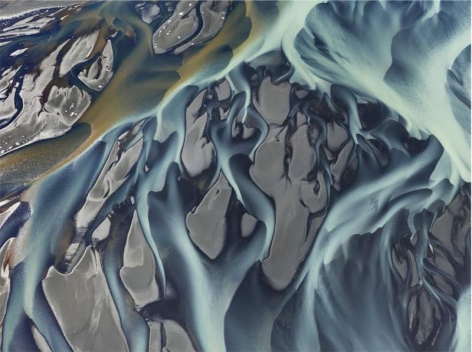 In order to produce this vast body work, Burtynsky traveled the world, shooting the photographs from 7,000 feet above to obtain the viewpoint necessary to bring the scale of the human imprint on the landscape into perspective.   He chronicles dramatic desertification in Iceland; India’s Kumbh Mela, where thirty million people gather to bathe in the Ganges; vast, science fiction-like irrigation sites in Texas; and dryland, or non-irrigated, farming in Spain, showing, in stunning color and intricate detail, how human interference is depleting this precious resource.

In conjunction with this exhibition, Edward Burtynsky and Sundaram Tagore Gallery will host the Singapore premiere of the feature documentary film Watermark, which follows the artist as he shoots the images that form the Water series.

Edward Burtynsky’s works are in the collections of more than fifty museums worldwide, including the Museum of Modern Art and the Solomon R. Guggenheim Museum, New York; Bibliothèque Nationale, Paris; The Photographer’s Gallery and the Victoria and Albert Museum, London; and Albright-Knox Art Gallery, Buffalo, New York.

Edward Burtynsky was recognized with a TED award in 2005. In 2006 he was named an Officer of the Order of Canada, the nation’s highest civilian honor. He holds six honorary doctorate degrees and his distinctions include the National Magazine Award, the MOCCA award, the Outreach Award at the Rencontres d’Arles and the Applied Arts Magazine book award.   In 2007, Burtynsky was the subject of the award-winning documentary Manufactured Landscapes, which screened at the Sundance Film Festival. Burtynsky’s new film, Watermark, which he made in conjunction with award-winning filmmakers Jennifer Baichwal and Nick de Pencier, premiered at the 2013 Toronto International Film Festival. 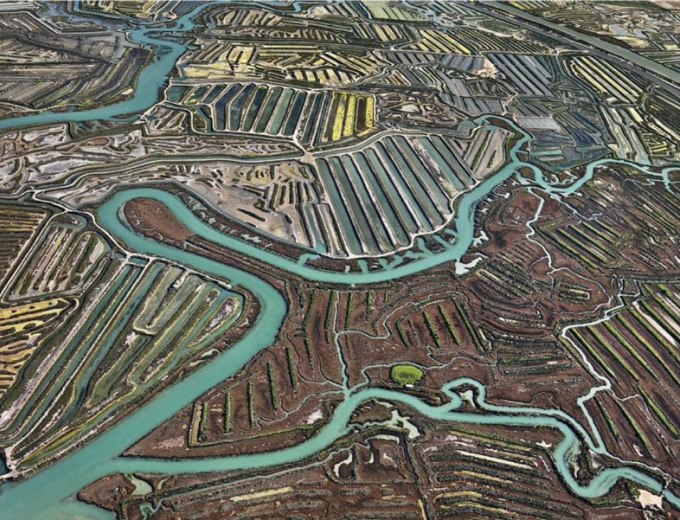