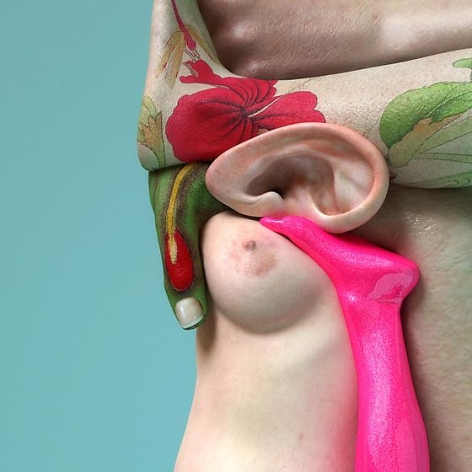 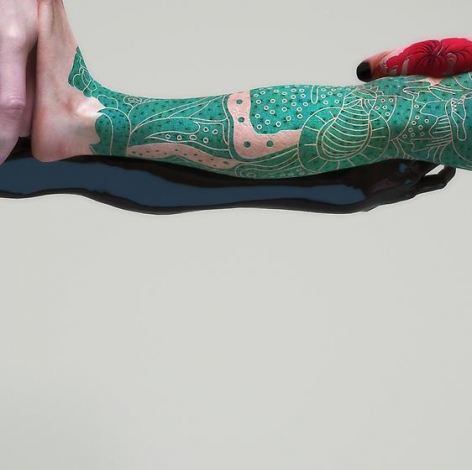 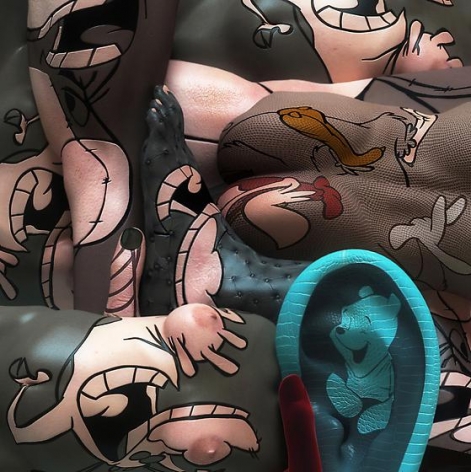 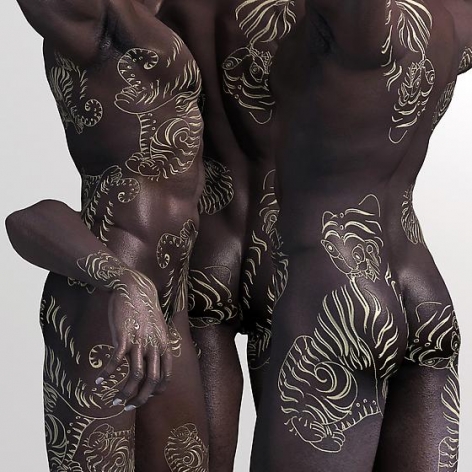 Kim Joon, one of Korea’s most notable emerging artists, introduces Somebody, a series of digital prints that explores the complicated, often contradictory relationship between body and mind. In addition to this new work, a selection of pieces from Kim’s previous series will also be on view.

In the new series Somebody, Kim examines the universal desire to transcend the limitations and imperfections of the body. He revisits familiar visual themes, including tattoos, exotic skins and Pop culture imagery, using the body as canvas to introduce bold pattern and vivid color. He deconstructs the human form like never before, creating frenetic compositions of fragmented body parts so abstract they require close examination to identify.

The exhibition will also showcase works from earlier series:

Bird Land (2009), one of Kim’s most noted series, raised questions about consumerism using tattoos as a metaphor for the hidden desires engraved onto the human consciousness. He covers digitally rendered nude bodies with bold logos from luxury brands such as Ferragamo, Montblanc and Vivienne Westwood, forming a surreal landscape reflecting society’s weakness for material objects.

With the series Fragile (2010) and Drunken (2011), Kim turned his attention to porcelain-like human figures, instead of the more naturalistic tattooed bodies he’d become known for. His porcelain figures are hollow, missing limbs, and above all, imperfect—a recurring theme in his work.

In Island (2013), the artist examined the volatile relationship between people and nature. This dramatic shift away from tattoos and luxury was spurred by two events: the Fukushima Daiichi nuclear disaster, which happened close to Kim’s home, and a visit to the volcanic island of Jeju, considered one of the most beautiful and mystical in Korea. Kim’s stunningly rendered images depict islands made of fragmented human bodies overlaid with exotic animal skins.

Kim Joon was born in 1966 in Seoul. His works have been exhibited at the Saatchi Gallery, London (where his work was featured on the cover of Korean Eye: Contemporary Korean Art, the book accompanying an exhibition of the same name); the Total Museum, Seoul; The National Museum of Contemporary Art, Kwachon, Korea; the Gwangju Biennale, Korea; and the National Taiwan Museum. 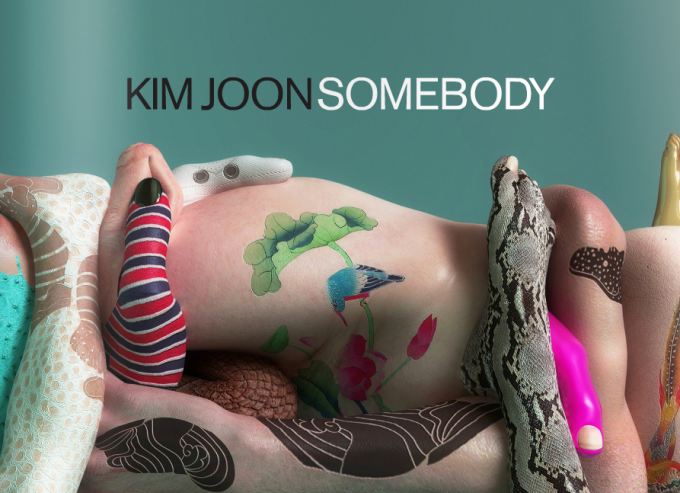 Publication
Kim Joon
Somebody
Back To Top