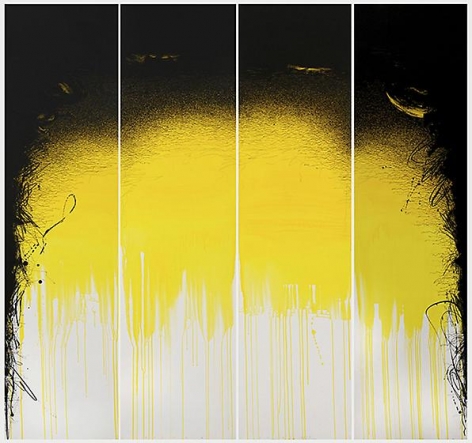 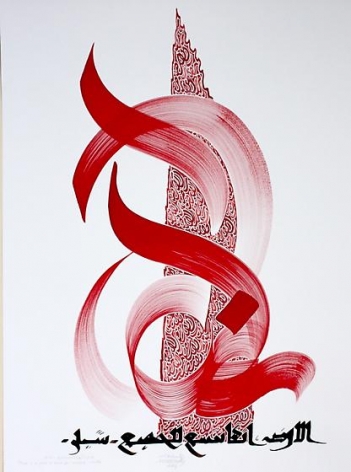 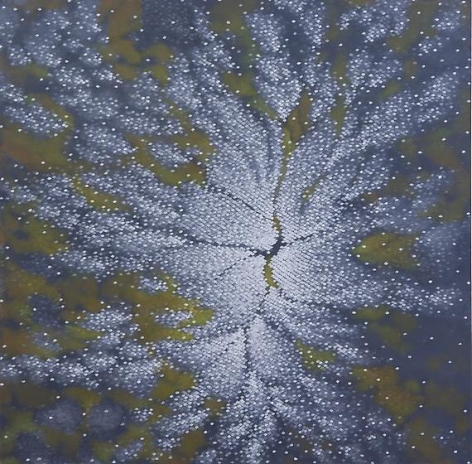 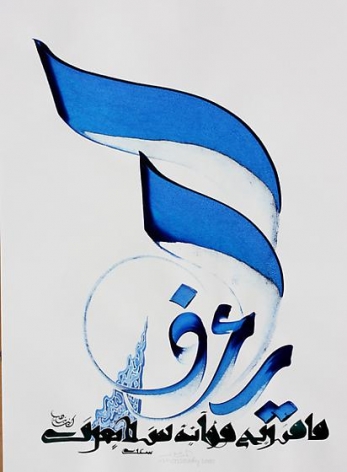 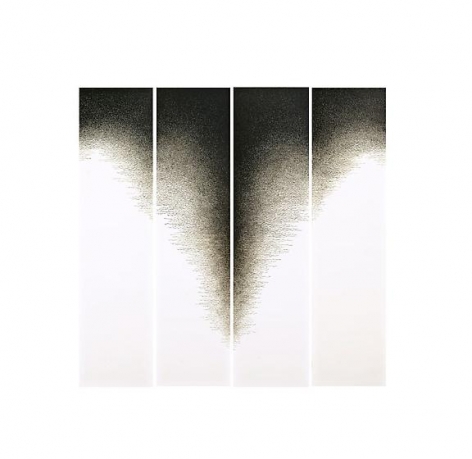 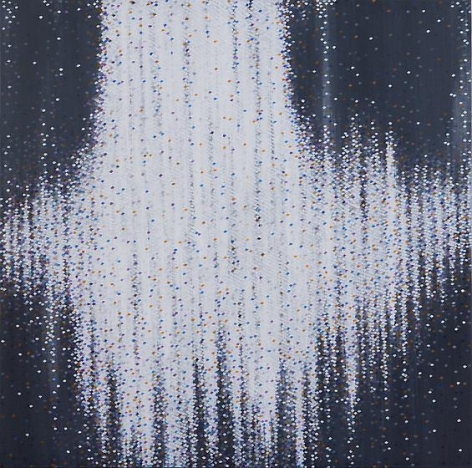 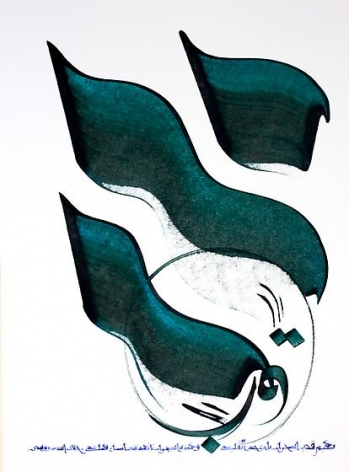 Hosook Kang, Hassan Massoudy and Golnaz Fathi were each born in the East, but live and work in the West. Each also employs a distinctive mark-making technique, subtly merging the traditions and artistic mores of his or her culture of origin with contemporary Western visual language.

Kang’s works reference traditional Korean motifs, such as elements of nature, yet her focus on abstraction and the richness of color root her work firmly in the Western tradition.

Born in Najaf, Iraq, in 1944, Massoudy moved to Baghdad in 1961 to study classical calligraphy. He moved to France in 1969, continuing his education at the Ecole des Beaux-Arts in Paris. He has shown his work at The Kennedy Center, Washington, DC; the British Museum, London; Musée d’Avranches, France; Centre d’Art Contemporain, Abbaye de Trizay, France; and the Palais des Congrès, Grasse. 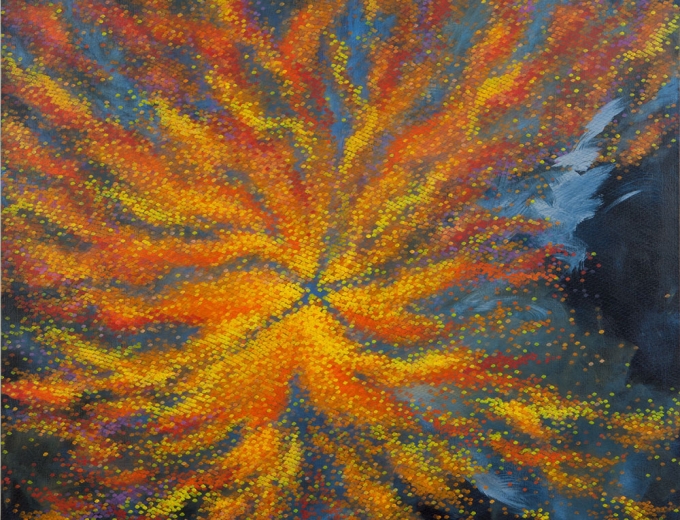