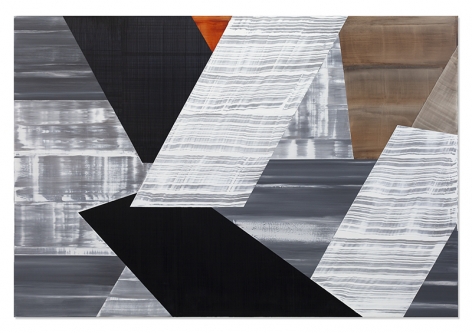 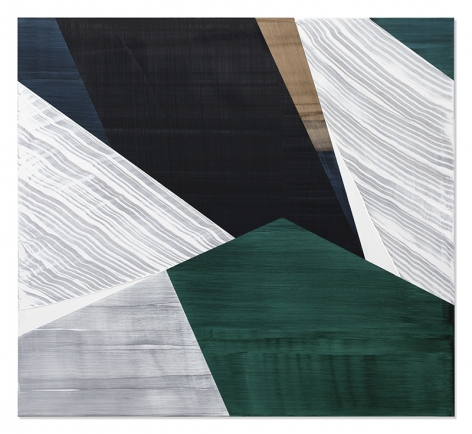 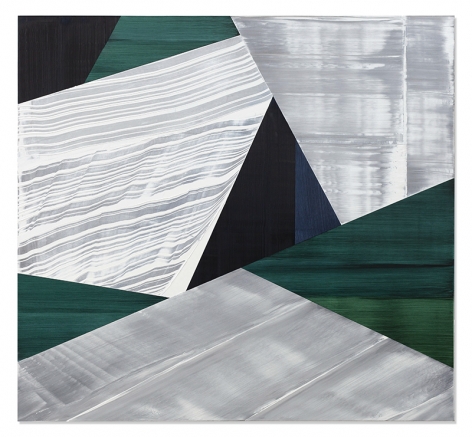 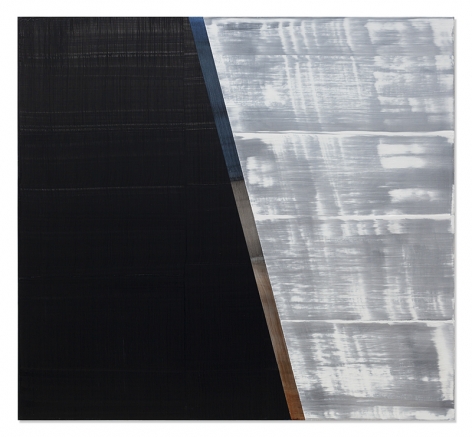 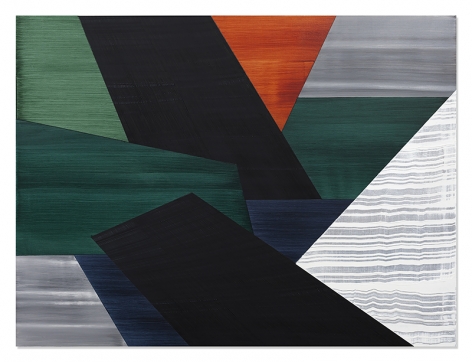 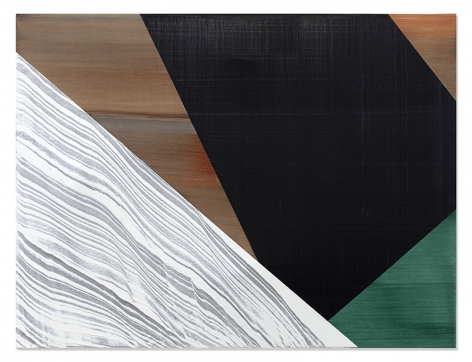 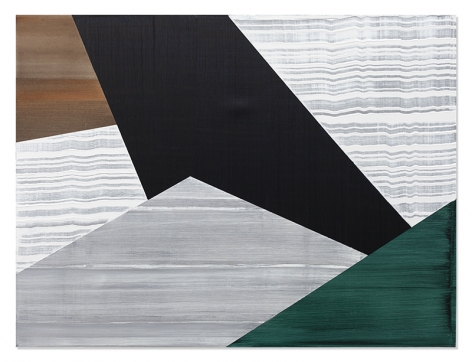 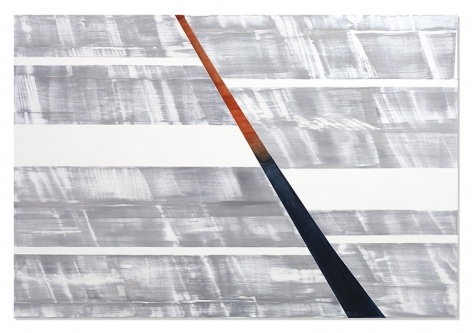 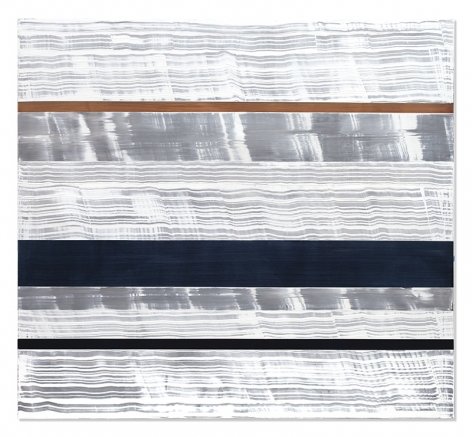 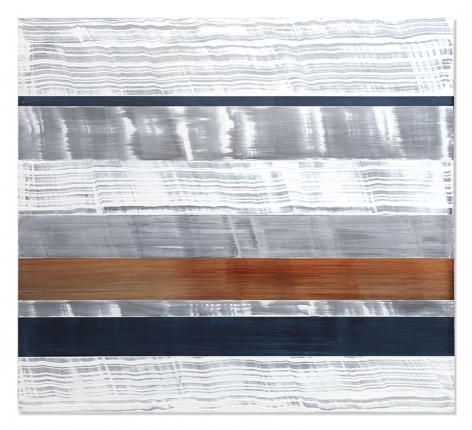 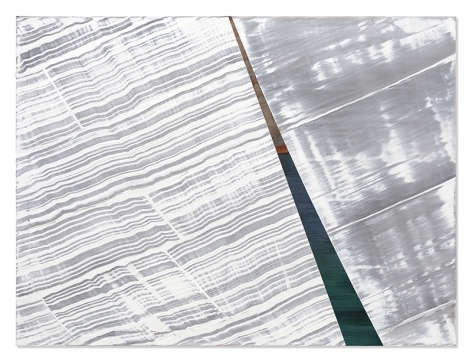 Mexican-born artist Ricardo Mazal unveils a new series of oil paintings inspired by his travels to Prague. This latest body of work, which includes paintings and photography, expands on the artist’s ongoing engagement with spiritual themes.

For over a decade, Ricardo Mazal explored cycles of life, death and regeneration through focused investigations into the sacred burial rituals of diverse cultures. From the Mayan tomb of The Red Queen in Palenque, Chiapas, Mexico, to the Buddhist prayer flags of Bhutan, these studies yielded a succession of large, multidisciplinary bodies of work reflective of the artist’s observations. However, recent series have revealed a more personal narrative in his work, gradually transitioning Mazal from witness to author.

This was most notable in the Violeta series (2016 – 2018), an intimate expression of love and grief articulated as a refined color study. Mazal’s minimalist, abstract oil paintings awash in lush color were the subject of back to back solo shows at Sundaram Tagore New York and Sundaram Tagore Singapore, as well as a major retrospective held at the Center For Contemporary Arts, Santa Fe, New Mexico last year.

The impetus for Mazal’s newest series Prague was a trip to the Czech Republic with his family and a visit to The Old Jewish Cemetery, one of the longest surviving Jewish burial grounds in the world. The historic site—which dates from the mid-1400s to the late 18th century and is the final resting place for thousands of the local Jewish community—had a profound effect on the artist and he chronicled the experience as he always does, through photography.

At the time, Mazal wasn’t looking to start a new series, but once home he began to edit the photographs. As he worked on the images, digitally manipulating them until the tableaux of ancient headstones was entirely abstracted from context, Mazal realized the next body of work was materializing before his eyes. Photography, which the artist likens to a bridge that links reality and abstraction, is an integral part of his process and ultimately serves as a jumping off point for the paintings. While the images may be decidedly abstract, the spiritual significance remains.

In the Prague paintings, we find Mazal combining techniques and visual elements that he’s been consistently developing for years. His trademark swaths of color partitioned into precise, geometric shapes are present, but here the emphasis is on the relationship between the visual elements, the symbiosis of color, form and texture. Far from static, the angular forms are charged with energy and seemingly shift and move across the surface, amiably overlapping and intersecting like the dense jumble of gravestones in The Old Jewish Cemetery.
Mazal produces this effect by cutting grooves into the tips of dried paintbrushes to create broad, gestural strokes that suggest ribbons of billowing fabric. He juxtaposes these activated areas with tranquil expanses of soft color using foam-rubber blades to apply pigment in delicate translucent layers.

The palette for this series reflects fundamental elements found in the natural world: earth, air, fire, water and flora. Mazal skillfully employs depth of color to amplify contrast between forms and add dimension to the composition. In some of the works, he bisects the canvas into two opposing planes, rendering the central fissure in a gradient of color. The effect, like a gravitational pull, compels the viewer to examine the work more closely to discover the painting’s hidden depths.

Mazal was also inspired by the interior of the historic site’s temple, which is covered in the names of thousands of Shoah victims. The focus, however, is not on the individual words, but rather the sheer volume of text, the nearly 80,000 names, birth and death dates that memorialize the dead. The bold, rhythmic brushstrokes are arranged in stacked horizontal bands, which prompt the eye to “read” the painting from left to right, as if it were written text.

Alongside the Prague works, Mazal is showing a selection of paintings produced in the fall of 2018, which he refers to as Pinturas Septiembre. Articulated predominantly in white, these works are not related to a particular series, but rather are the result of a period of pure freedom and experimentation for the artist, a process-driven transition from Violeta to Prague.

These highly distilled works are characterized by sinewy rivulets of thick white paint, which transform the flat surface into a three-dimensional, near textile-like material. Elements of this aesthetic carry over to several of the Prague paintings, especially Silence – For Sofi, a central piece of the show named for a poem written by his daughter.

While Mazal’s practice has always been rooted in ideas of transformation, particularly with his spiritual investigations, the concept is becoming more autobiographical in nature, as evidenced by these new works. Mazal is now looking inward, tapping into the transitions in his own life as a source of inspiration. At the mid-point of his career, he continues to hone and refine his vision and with each new series we see more clearly the world through Ricardo Mazal's eyes.

Ricardo Mazal was born in Mexico City in 1950. He has exhibited extensively in galleries and museums throughout the Americas, Asia and Europe. Since 2000, he has had fourteen individual museum exhibitions in Mexico and the United States, including five retrospectives of his work at the Museo de Arte Contemporaneo de Monterrey (2000), the Museo de Arte Moderno de la Ciudad de México (2006), the Museo de Arte de Querétaro (2009), the Museo de Arte Abstracto Manuel Felguerez (2010) and the Center for Contemporary Arts Santa Fe, as well as thematic exhibitions in the Scottsdale Museum of Contemporary Art (2006), the Museo Nacional de Antropología (2004 -2005) and the Centro Cultural Estación Indianilla, among others. In 2015 Mazal’s work was included in Frontiers Reimagined, a Collateral Event of the 56th Venice Biennale.