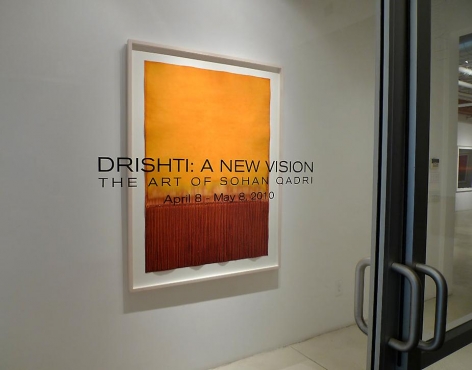 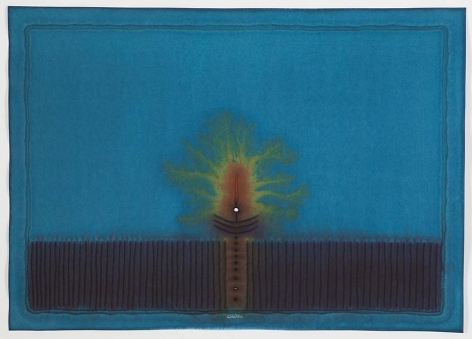 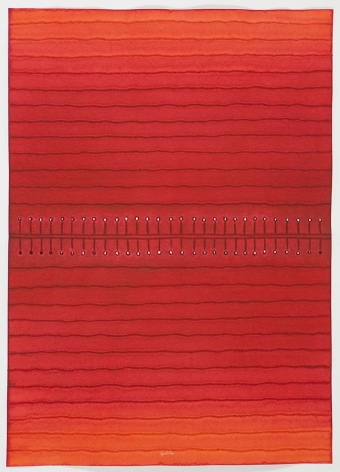 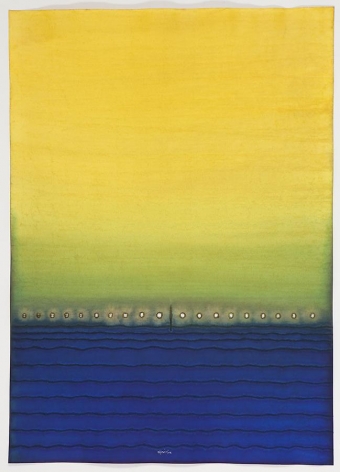 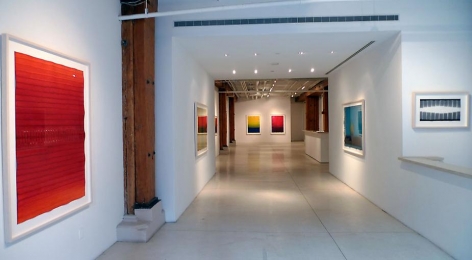 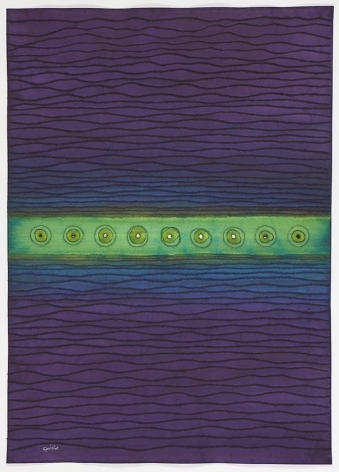 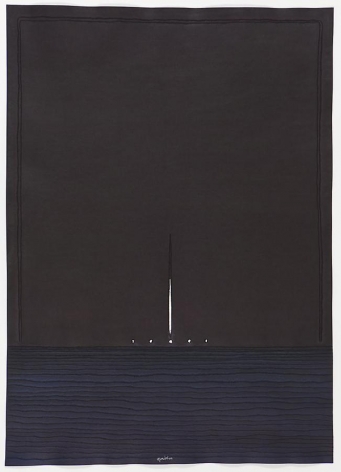 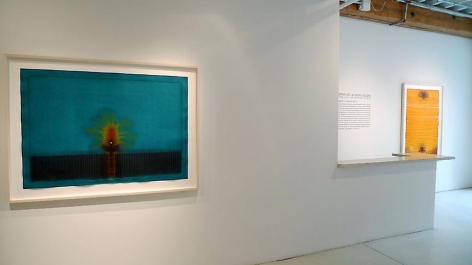 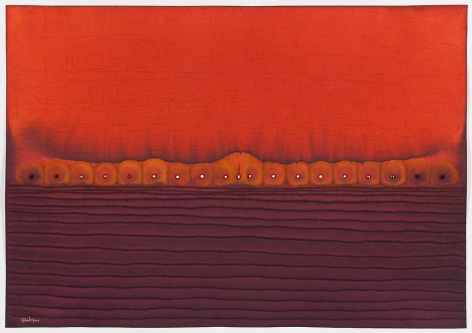 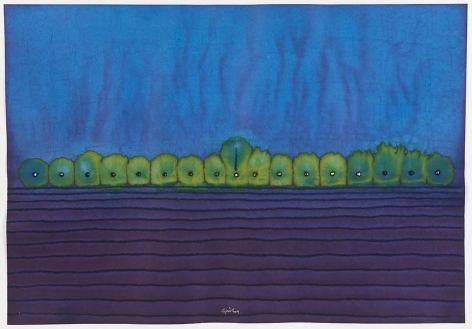 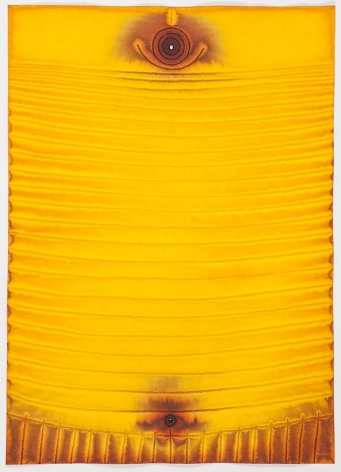 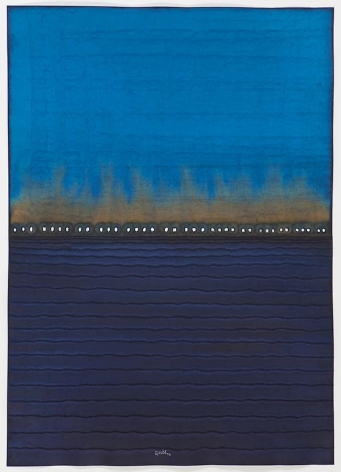 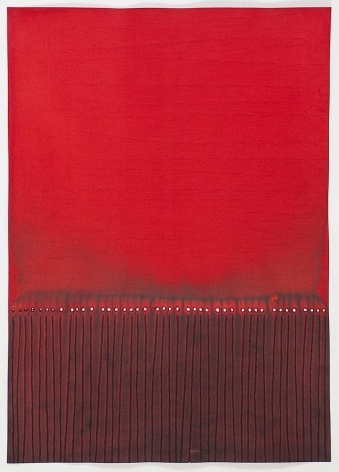 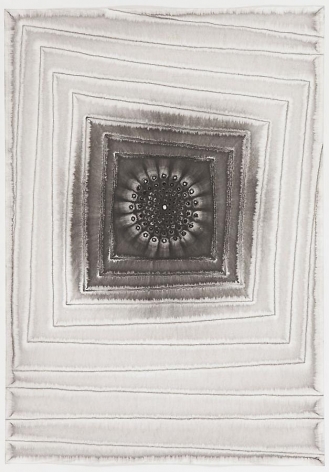 A poet, painter and Tantric yogi, Sohan Qadri is deeply engaged with spirituality. For this show, the artist, who lives and works in Copenhagen, Denmark, unveils a new series of luminous, dye-infused works on paper exploring the notion of emptiness or voids. Qadri rhythmically serrates and punctures the surface of paper as part of his meditation practice. Relying on a language of orifices and elongated paths or lines, he abandons representation in search of transcendence. Serenely composed, his works are intended to arrest the viewer's thinking process and invite him or her to enter a metaphysical realm. The artist started exploring spiritual themes in the 1950s, and a selection of his iconic oil paintings from early in his career will also be on view.

Qadri begins his process by bathing paper in acid-free water and once it is swollen with liquid, he rhythmically scores the surface and applies inks and dyes. He uses a thick intaglio paper, which he carves in stages to achieve a sculptural effect. The repetition of these careful incisions is an integral part of his meditation. Imbued with vibrant hues, the serrated surfaces possess a strong sense of energy and rhythm. In Qadri's hands, the very nature of paper is transformed. It is no longer a flat, two-dimensional surface, but a three-dimensional medium.

Growing up in northern India, Qadri was exposed to Sufism, Hinduism, and Sikhism. He was initiated into yogic practice at the age of seven. As a teenager, he ran away to a Tibetan Buddhist monastery in search of higher truths. He spent days on end in remote temples in the Himalayas where he practiced Buddhist philosophy. He was particularly inspired by Vajryana or Tantric Buddhism which emphasized the notion of sunyata or emptiness. Qadri's minimalist compositions on paper are symbolic of this empty space or void from which seeds—the punctures—arise. The seeds are primordial symbols representing the self in the universe, the notion of creation, and a sexual union. Yet, Qadri says, "A symbol is a step only, not a place to stay." His vibrant works therefore act as portals, coaxing viewers to abandon logic and engage in a completely visual experience.

Qadri was born in 1932 in Punjab, India. He received his MFA from the Government College of Art in Simla, India. After finishing his studies, Qadri formed the Loose Group of painters and poets in India in 1964. A year later, he left India and traveled through East Africa, North America, and Europe. He eventually set up a studio in Zurich before settling in Copenhagen where he has lived for the past 40 years. Throughout the course of his career Qadri has interacted with an array of intellectual figures including the architect Le Corbusier, the surrealist painter René Margritte and the Nobel laureate Heinrich Böll.

Sohan Qadri has had numerous exhibitions across the United States, Europe, Asia and Africa. His works are in the collections of the Peabody Essex Museum, Massachusetts; the Rubin Museum of Art, New York; and the National Gallery of Modern Art, New Delhi. His paintings are also in notable private collections, including those of Cirque du Soleil, Heinrich Böll, and Dr. Robert Thurman. 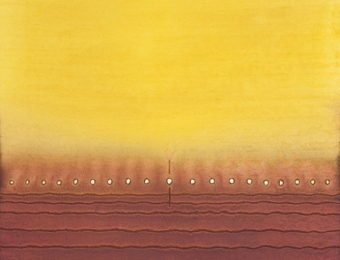