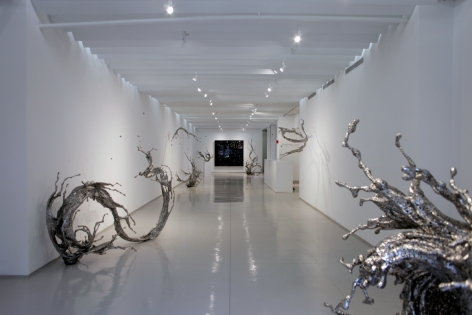 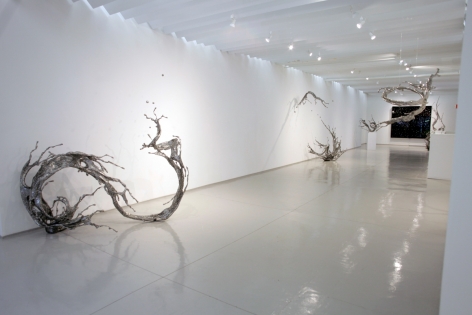 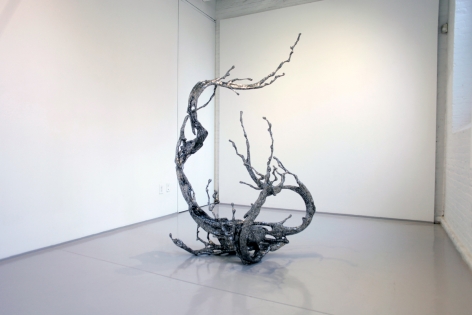 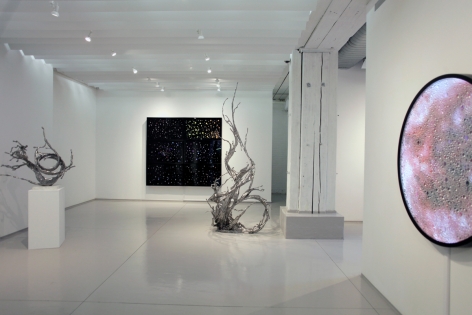 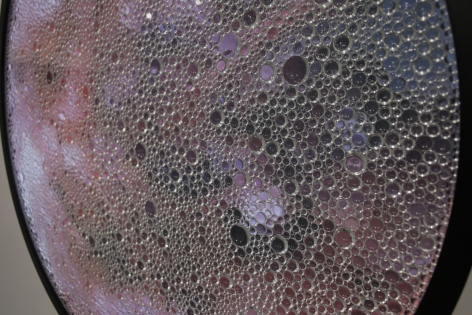 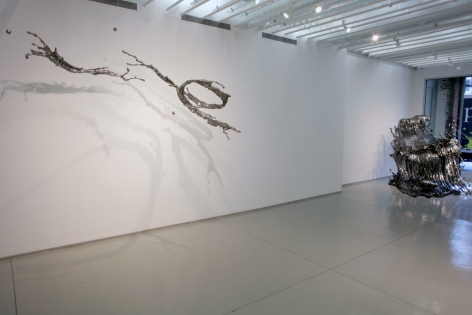 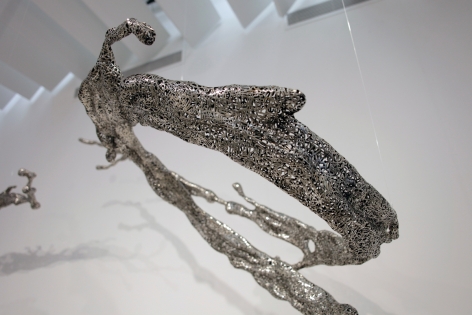 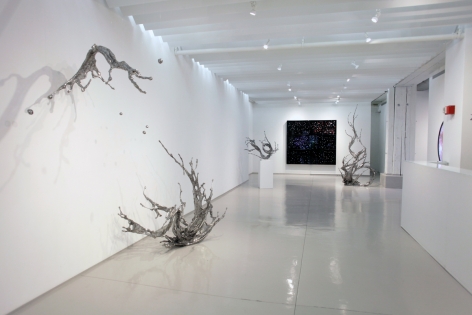 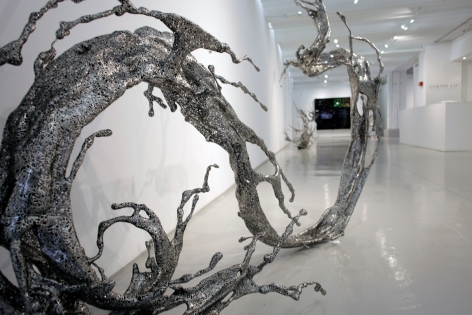 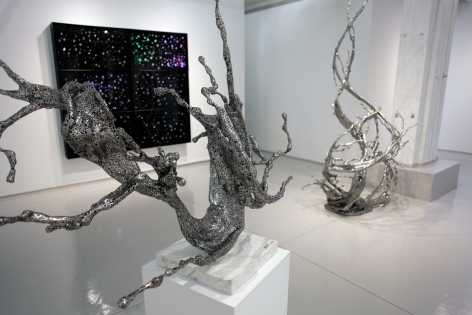 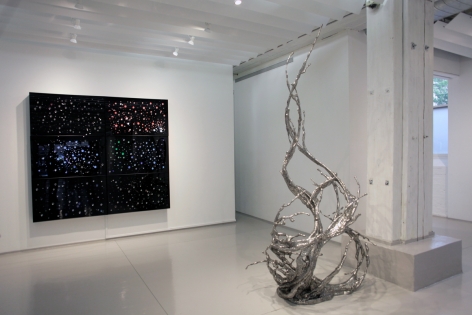 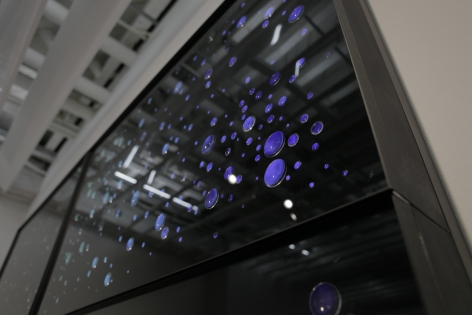 Zheng Lu began his Water in Dripping series in 2008. At first glance, his gravity-defying sculptural works appear wholly modern in their stainless-steel fabrication and ambitious technical execution, but a closer inspection reveals thousands of Chinese characters inscribed onto the surface of the metal. It is a nod to antiquity, inspired by the artist’s longtime study of traditional Chinese calligraphy.

Zheng, a native of Inner Mongolia, grew up practicing calligraphy with his grandfather and transcribing poetry for his father, a man of letters. For the works in this series, Zheng culled text from Appreciation of Still Water by Tang dynasty poet Bai Juyi. In doing so, he not only celebrates the power of water, an element essential to existence, but also revels in Bai’s unfettered imagination, evoking Chinese literati concepts of a contemplative journey within nature. By using characters from texts of historical significance, Zheng draws on the custom of apprentices copying masters’ works yet pushes this idea further by introducing new interpretations and possibilities.

To create his metal sculptures, Zheng begins with a plaster base. He then laser-cuts characters into the metal and, in a fashion similar to linking chainmail, uses heat to connect the pictographs so they can be shaped to the support.

The resulting works are technically astonishing; their fluid, animated forms are charged with the energy (qi) of the universe, belying their steel composite. The punctured metal pieces transform a heavy, cold medium into something both physically and psychologically lighter and more engaging. “The manner in which light passes through the hollow sculpture makes my work appear weightless, which dissolves the traditional idea of sculptures being solid and grounded,” says Zheng.

An influential figure of his generation, Zheng Lu graduated from Lu Xun Fine Art Academy, Shenyang, with a Bachelor of Fine Arts degree in sculpture in 2003. In 2007, he received his Master of Fine Arts degree in sculpture from the Central Academy of Fine Art, Beijing, while also attending an advanced study program at the École Nationale Supérieure des Beaux-Arts in Paris. Zheng Lu has participated in numerous exhibitions in China and abroad, including at the Museum on the Seam, Jerusalem; the Ekaterina Cultural Foundation, Moscow; Musée Océanographique, Monaco; Musée Maillol, Paris; the National Museum of China, Beijing; and the Shanghai Duolun Museum of Modern Art, Shanghai.

Most recently, Zheng Lu’s work was showcased in a solo exhibition at the Museum of Contemporary Art, Taipei (2015), one of the leading institutions in the region, and in 2016, he had a large-scale solo exhibition titled Re-sist-ance at the Long Museum in Shanghai. 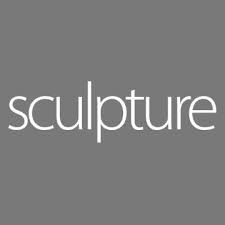