Using clay, bronze, and copper, she creates intensely tactile works that possess a primordial quality. Her sculptures represent a dialogue between the conscious and unconscious, known and unknown, present and past. Co-curated by Los Angeles psychoanalyst Esther Dreifuss-Kattan, PhD, this exhibition looks at Sigmund Freud’s contribution to psychoanalysis and psychology in the context of contemporary art. A selection of the artist’s pencil drawings will also be on view.

Freud’s theories on dreams are also important in the artist’s work. Several of her sculptures are derived from the idea of condensation developed by Freud in his book The Interpretation of Dreams. According to Freud, we unconsciously repress unacceptable desires by recombining and reconstructing these thoughts so they take on a new form. In dreams, we substitute repressed thoughts with more acceptable thoughts. Thus one object in a dream may have many different associations. McAdam Freud plays with such ideas by creating sculptures that collapse several images into one form. In other works, the artist examines Freud’s ideas on latent libidinal instincts. Her clay sculpture 1 + 1, for instance, is a larger-than-life male figure sprawled across the floor in mid-orgasm. Through overtly phallic imagery, McAdam Freud provokes questions about sexual instinct as a unifying force that drives all humans.

Alongside exploring Sigmund Freud’s theories, the artist investigated his vast collection of Egyptian, Greek, Roman, and Asian antiquities, which he often used to illustrate those theories. McAdam Freud found, to her surprise, that her great- grandfather collected medals, reliefs and busts, figures, and fragments, all of which are forms she had been creating for years. This overlap and the idea of ancestral links prompted a series of drawings. Through her extensive exploration of this art collection and careful study of his ideas, McAdam Freud makes palpable Freud’s most complex theories.

Jane McAdam Freud has exhibited her art widely in the United States, Europe, and Asia. Her work has been acquired by the British Museum, London; Berlin State Museum; National Gallery of Greece; and the National Gallery Archive of London. It is also on permanent display at the Victoria and Albert Museum, London. A graduate of the Royal College of Art, she was awarded the British Art Medal scholarship in Rome and the Italian State Mint Prize. McAdam Freud lives and works in London and is an associate lecturer at Central St. Martins School of Art.

Co-curator Esther Dreifuss-Kattan, PhD, is a psychoanalyst, psycho-oncologist, and art therapist. She is a senior faculty member at the New Center for Psychoanalysis in Los Angeles. Dreifuss-Kattan lectures internationally on topics of psychoanalysis and art, and cancer and creativity. She has curated and co-curated a number of exhibitions in Los Angeles. Her first book was titled Cancer Stories: Creativity and Self-Repair and her forthcoming book is titled Art and Mourning—Beyond Words and Time. 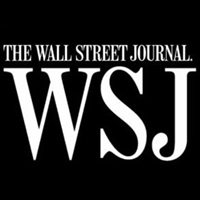 "Jane McAdam Freud has never seen a shrink. But as an artist and the great-granddaughter of Sigmund Freud, she has plenty to say about theories of the unconscious that have shaped our understanding of the human condition for more than a century.
Freudian theory has long been used as a tool to process modern art, but few artists have consciously created an oeuvre specifically about Sigmund Freud's work - certainly not an artist of the same bloodline. Ms. McAdam Freud's new collection, "Random Plus," explores theories of the unconscious, dream analysis, sexuality and repeated experiences using a vast collection of multimedia pieces fashioned from bronze, clay and copper."