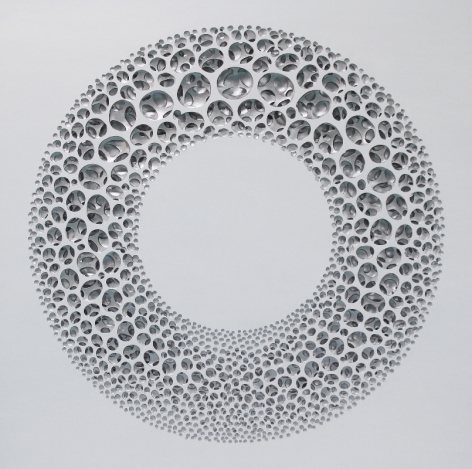 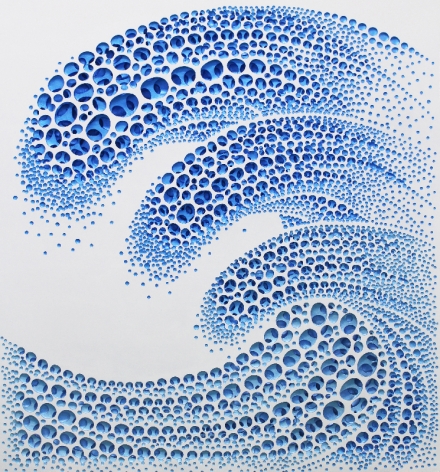 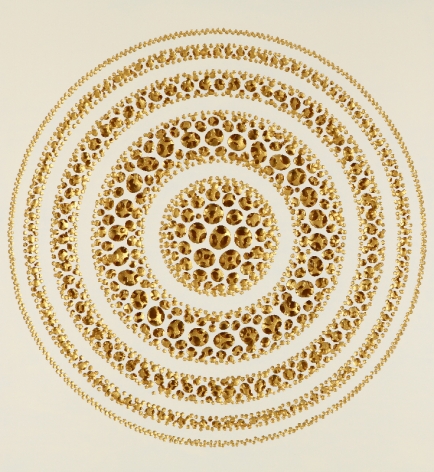 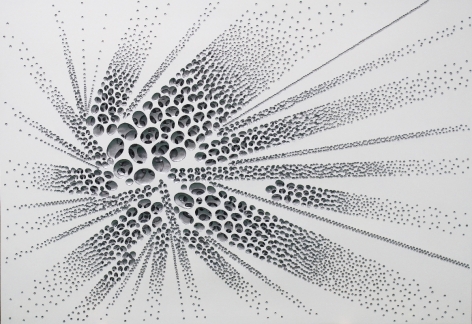 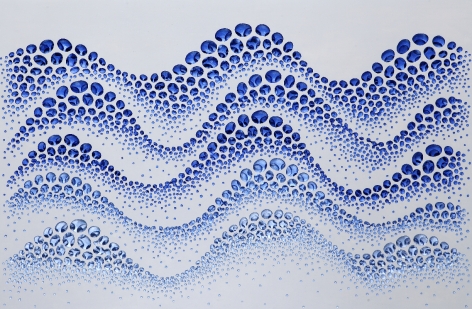 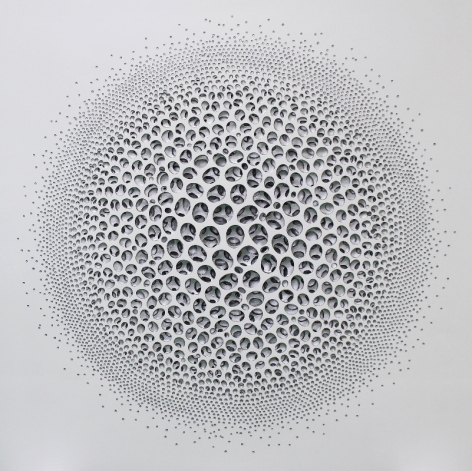 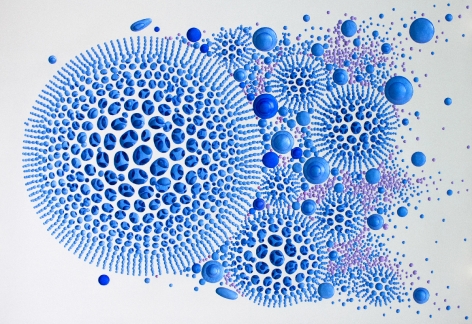 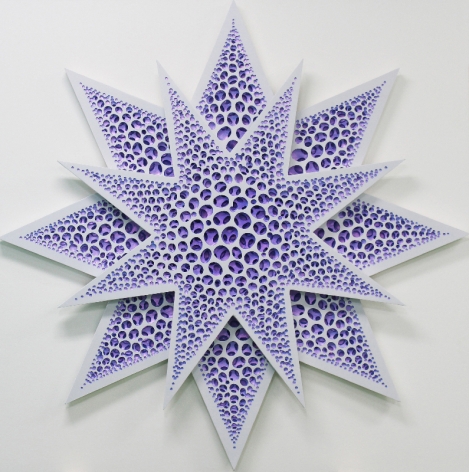 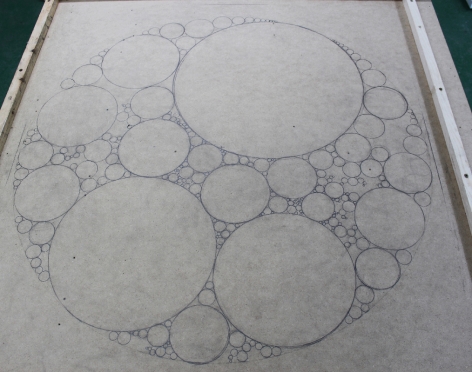 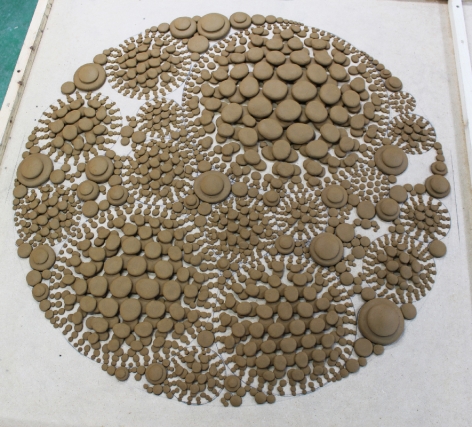 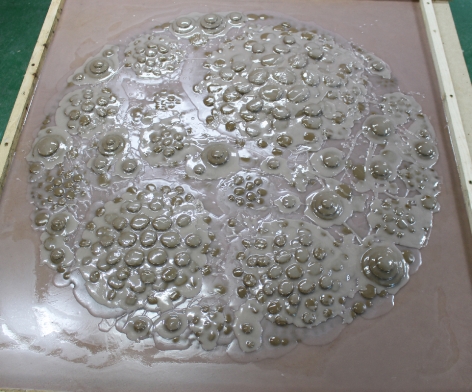 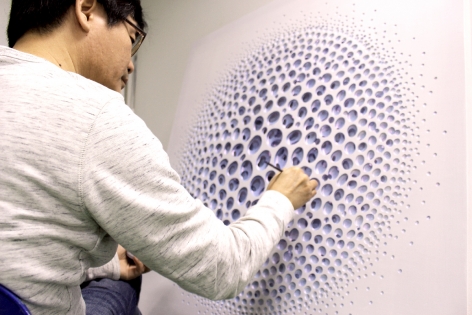 Kim’s compositions vary. Some are inspired by forms found in nature, such as waves or stars; others are more abstract, such as Vestige (Space Blue), a configuration of circles shaped by hundreds of carved dimples highlighted in jewel-tone blue and purple pigment. The result is an optical illusion created by the convergence of the cubic and planar layers, with the negative space accentuating the hollowed-out forms. Kim’s luminous hollows, strung together by an unseen connective tissue, compel the viewer to examine the work closely to discover its hidden depths. For the artist, these mystical spheres encapsulate both the microstructure of human cells and a galaxy of stars across the sky.

Born in Seoul in 1969, Kim Jaeil has a B.F.A and M.F.A from Hongik University, Seoul. He has exhibited his work in numerous solo and group exhibits throughout Europe, Asia and the United States, including at the Seoul Museum of Art; the London Art Fair; Art Cologne; Fountain Art Fair, New York and Miami; and Art Osaka. He is the recipient of the Special Prize in the Misul Segye Art Contest, awarded by the Seoul Museum of Art. Kim lives and works in Seoul. 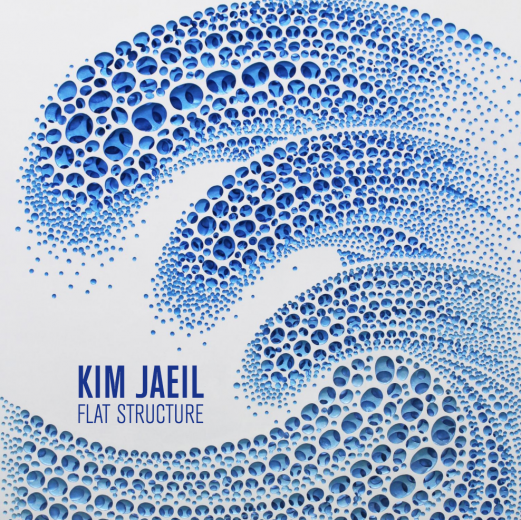