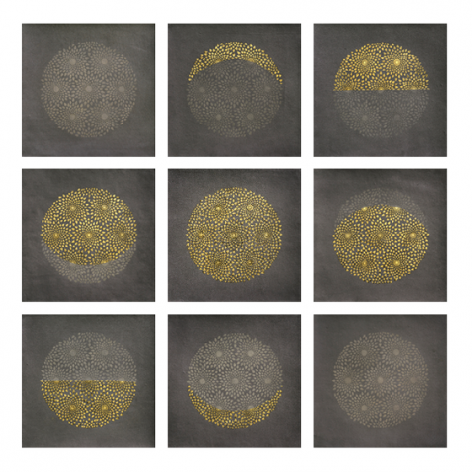 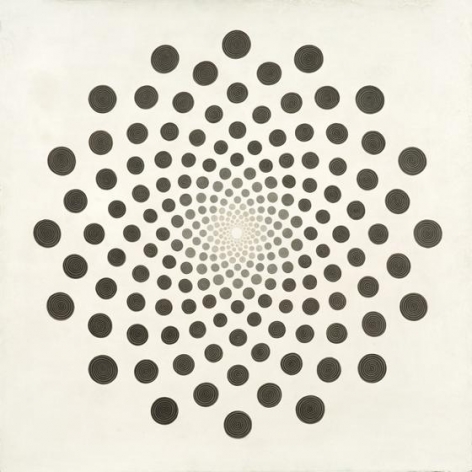 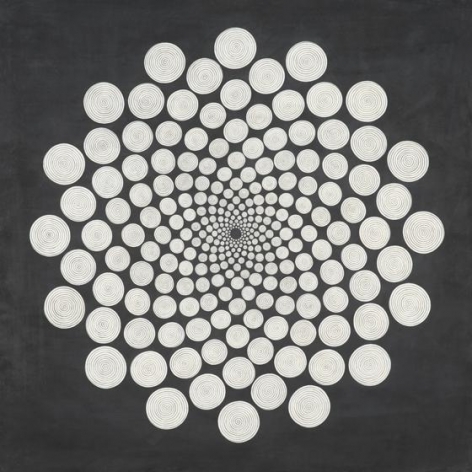 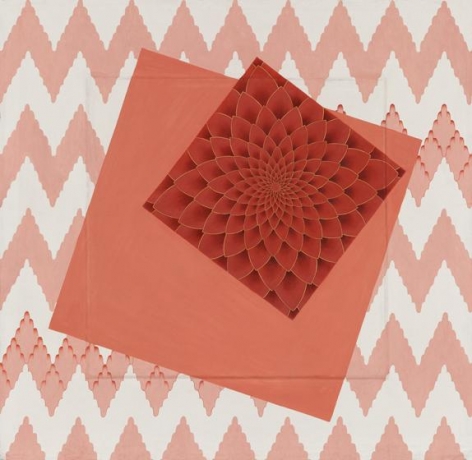 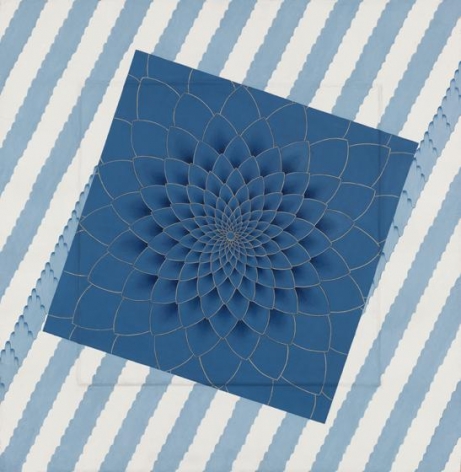 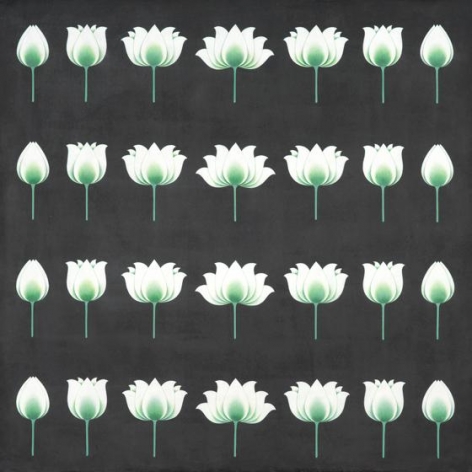 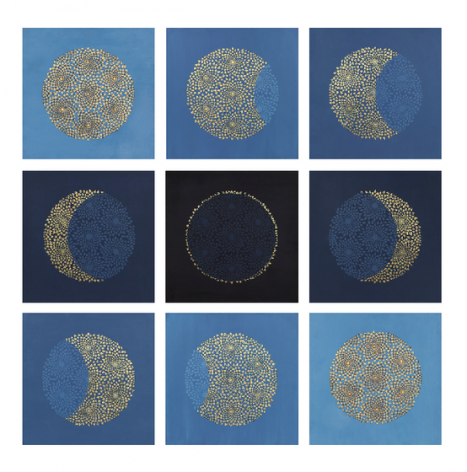 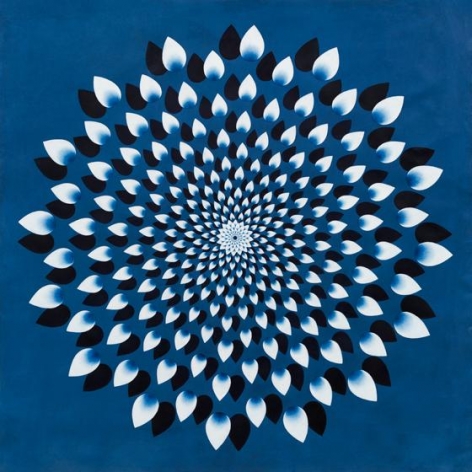 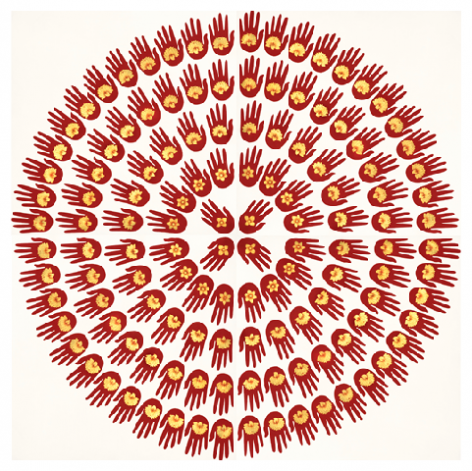 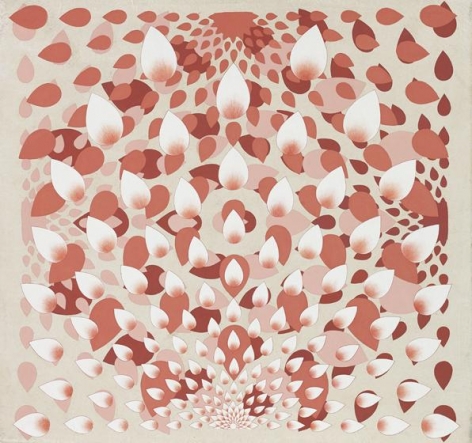 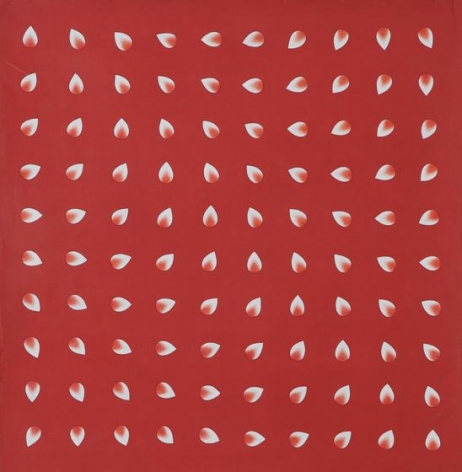 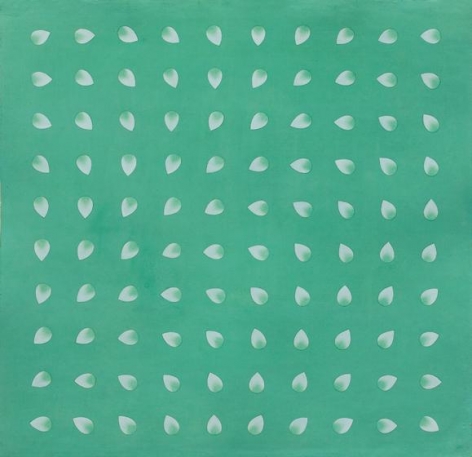 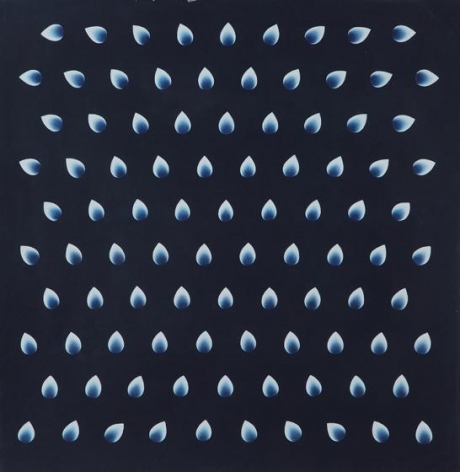 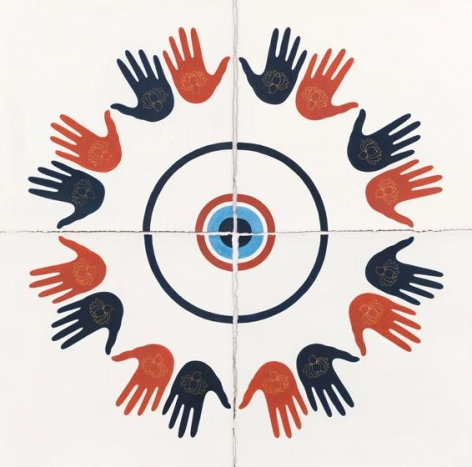 Delhi-based Scottish artist Olivia Fraser presents new work for her debut solo exhibition at Sundaram Tagore Gallery in Chelsea. Fraser, who was born in London and raised in the Highlands of Scotland, has lived and worked in India since 1989. Deeply interested in the techniques and vocabulary of traditional Indian miniatures, she combines mineral and plant pigments and handmade paper with forms and ideas inspired by modern Western art.

The thirty paintings Fraser is presenting in The Sacred Garden are rooted in her fascination with and practice of yoga and the ways in which yogic meditation involves visualizations of the garden, particularly the sahasrara or thousand-petaled lotus, which serves as a visual aid in reaching enlightenment. The title of the show alludes to a concept central to the artist’s practice: “The garden, an enclosed and cultivated area of landscape that’s formalized and acted upon, is fundamental to my work,” she says. “I take the vocabulary of landscape—trees, flowers, rivers, mountains and sky—and I deconstruct and reduce them to their essence.”

Greatly influenced by early nineteenth-century Jodpuri painting, Fraser’s intricate, gem-colored works are infused with historical iconography and archetypal language. As with Blue Himalaya, the majority of her compositions are enclosed in a square format, which is similar to the mandala—a symbolic geometric form that denotes a sacred space. Additionally, as with Awakening, where seven hands run vertically and horizontally forming a grid-like pattern, Fraser often groups her subject matter in numbers of spiritual significance, drawing deeply on India’s artistic and cultural history.

Working in the manner of Indian miniature masters, Fraser sources most of her materials from Jaipur, including traditional wasli paper made with jute from Nepal and pigments hand-ground from stone, plants and earth, which she binds using Arabic gum. Her squirrel-bristle brushes that end in a singular curved hair allow for careful rendering of the most delicate spirals and lines.

Olivia Fraser’s work is included in public and private collections in Australia, France, India, Singapore, the United Arab Emirates, the United States, the United Kingdom and in the Museum of Sacred Art, Septon, Belgium. Her work has been shown in solo exhibitions in India, China and the United Kingdom. Her work was most recently included in Forms of Devotion: The Spiritual in Indian Art at Lalit Kala Galleries, Rabindra Bhavan, in New Delhi, and in Frontiers Reimagined, a Collateral Event of the 56th Venice Biennale (www.frontiersreimagined.org). 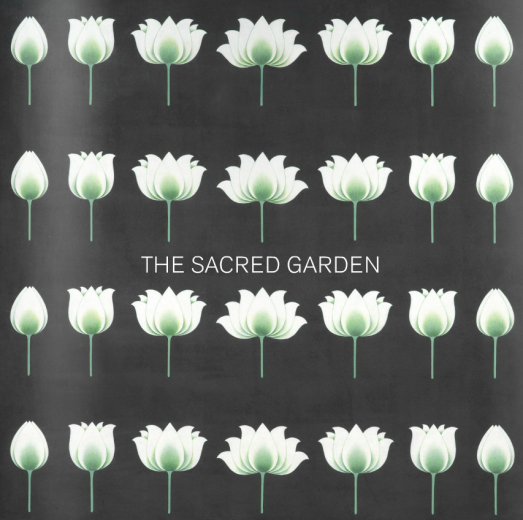 Publication
Olivia Fraser
The Sacred Garden
Back To Top