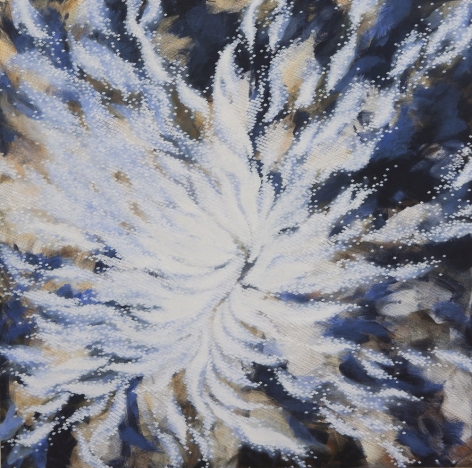 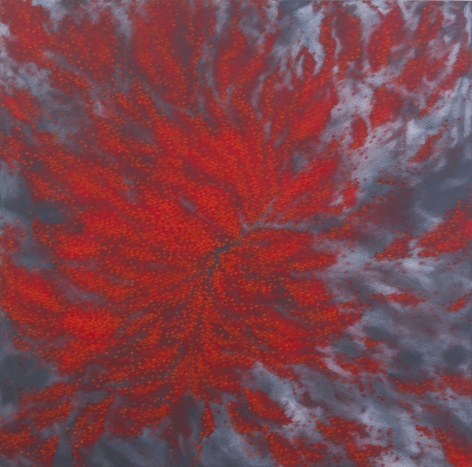 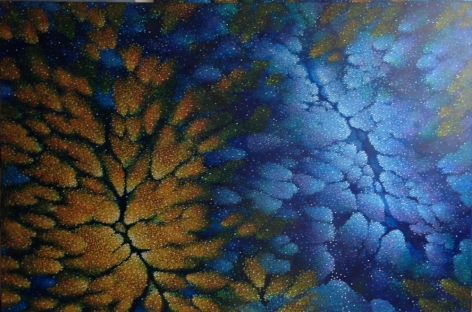 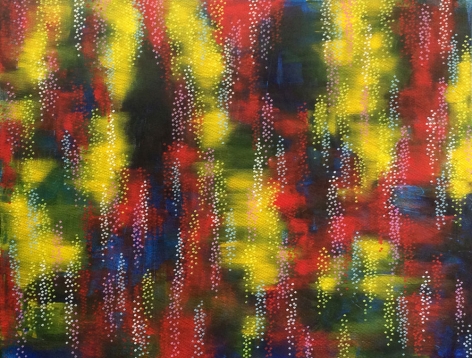 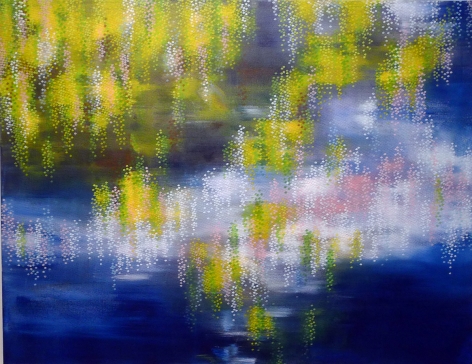 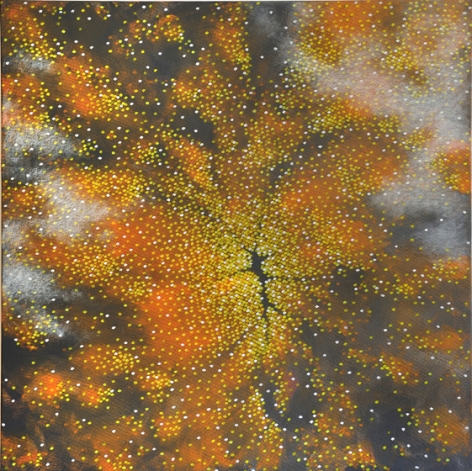 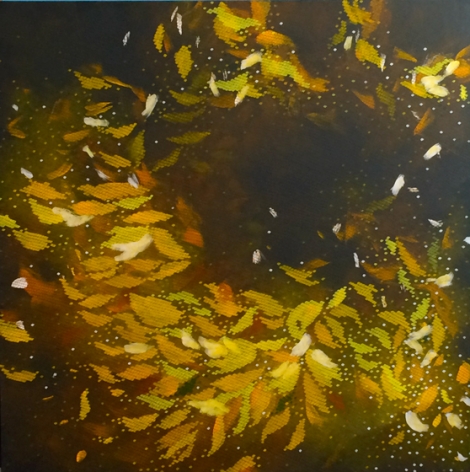 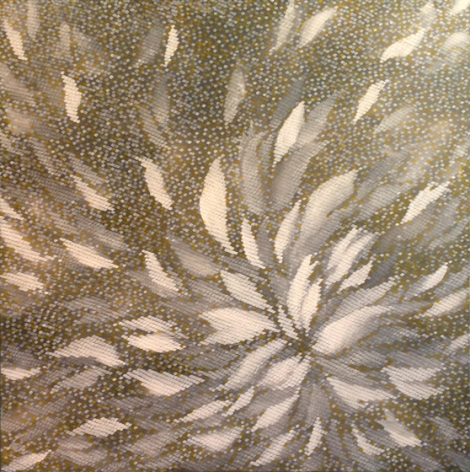 Rendered in vibrant oranges, reds, fuchsias, blues and golds, Korean-born painter Hosook Kang’s large-scale canvases depict nature as she sees it in her imagination. Her undulating ripples of color, formed from intricate dot patterns and meticulous gestural brushstrokes, suggest the flow of nature’s transformative energy. Combining bold action painting and steady mark making, Kang creates optical effects through a process of layering. She starts with a background of abstract forms—her vision of the completed painting—then covers the entire surface with a painted net of structured units that create a skin-like overlay. To bring back her original vision, Kang fills each unit with colors that correspond to the background, which adds a three-dimensional quality. Obsessively detailed yet orderly, these works are simultaneously meditative and pulsing with energy.

Hosook Kang was raised in Daegu, Korea, and attended the Pratt Institute, Brooklyn. She is influenced by the techniques and philosophies of both the East and West. Her works reference traditional Korean motifs, yet her focus on abstraction and the richness of color roots her work firmly in the Western tradition. She lives and works in Brooklyn. She has exhibited her work at Gallery Korea of the Korean Cultural Service New York; Nabi Gallery, New York; Phoenix Gallery, New York; and Daegu Culture and Arts Center, Korea. 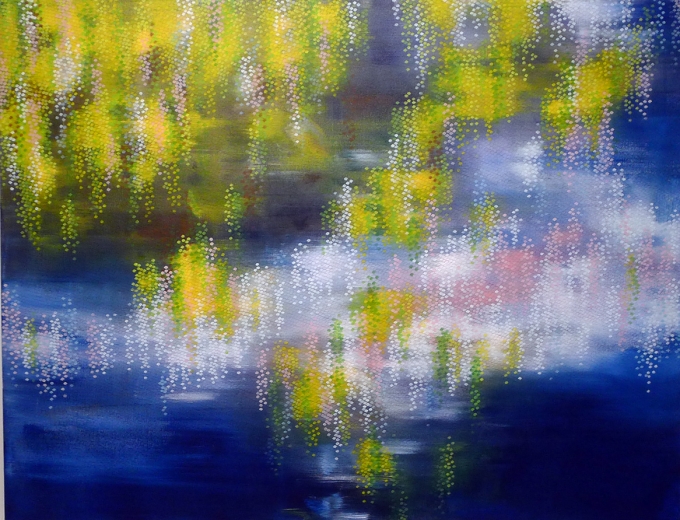 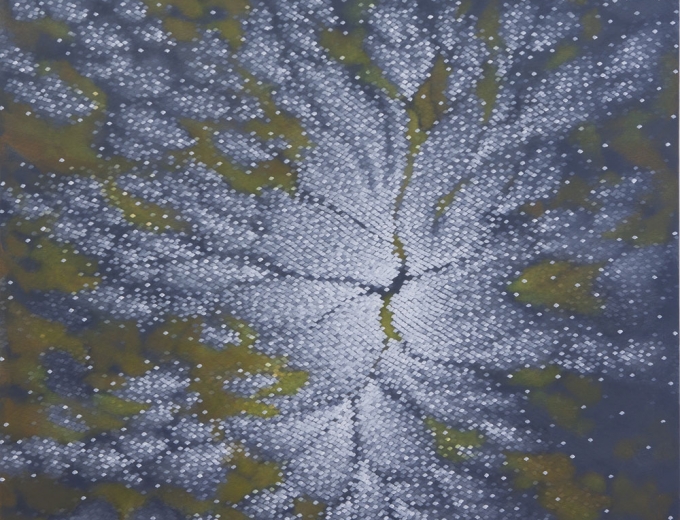 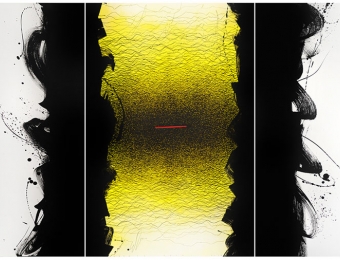 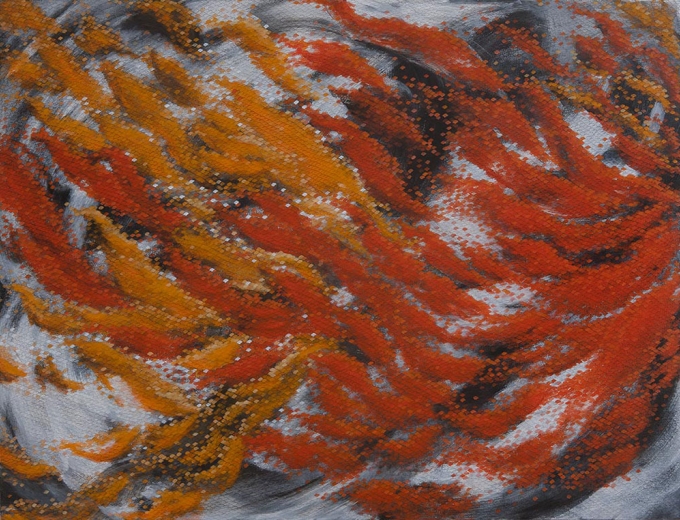 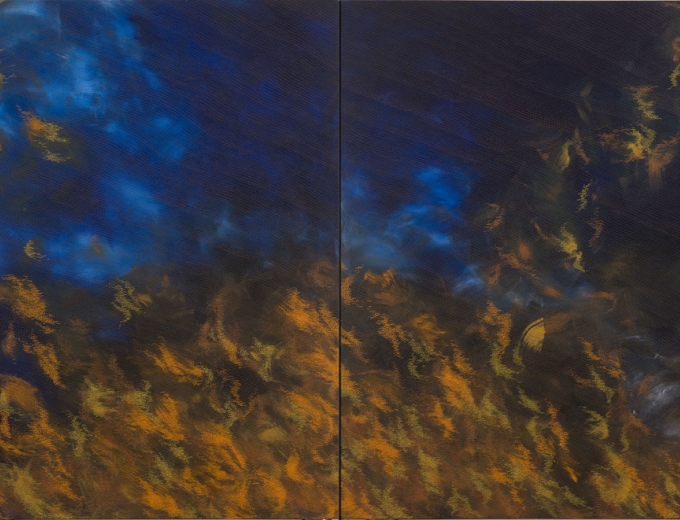 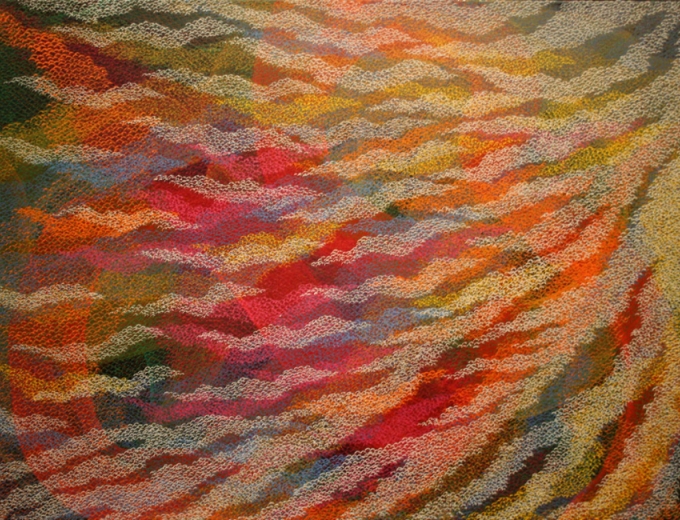