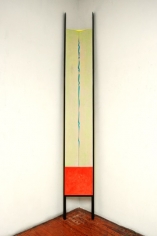 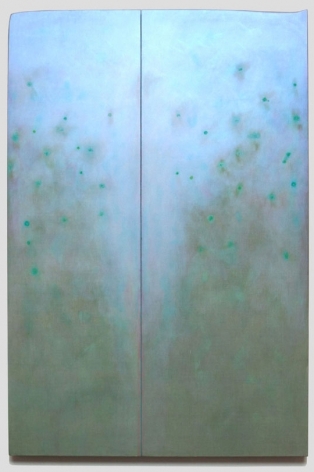 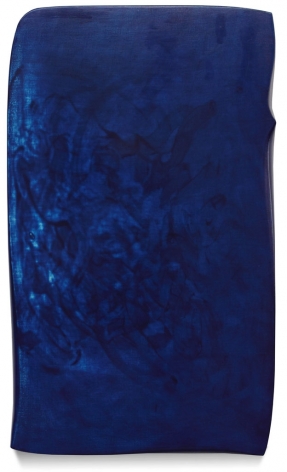 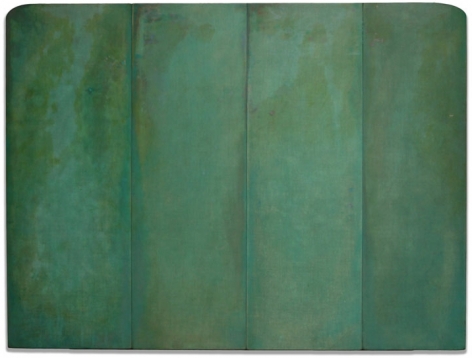 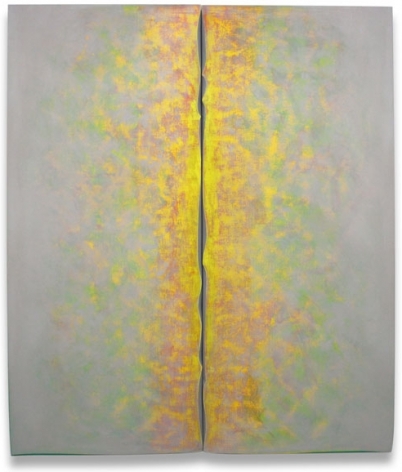 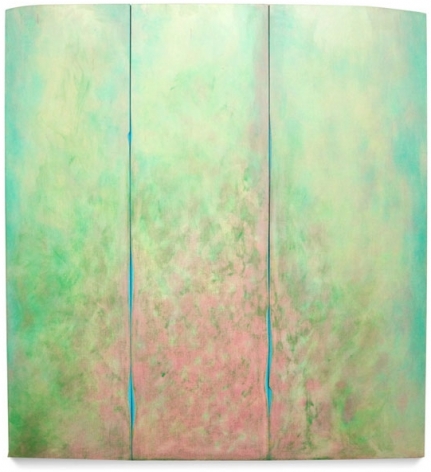 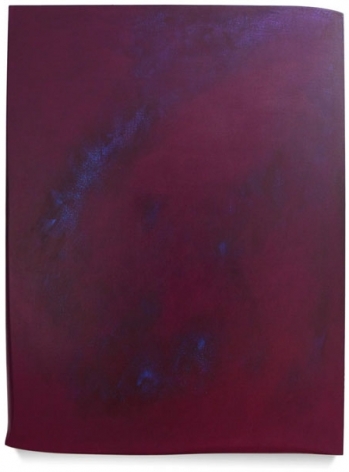 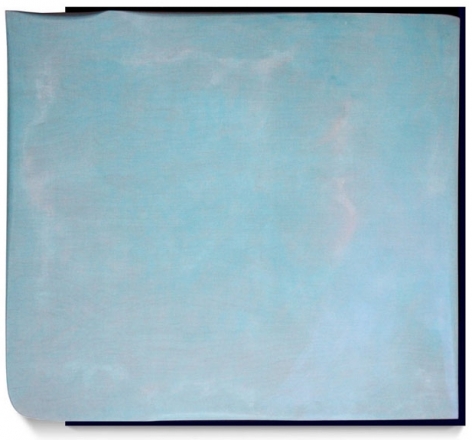 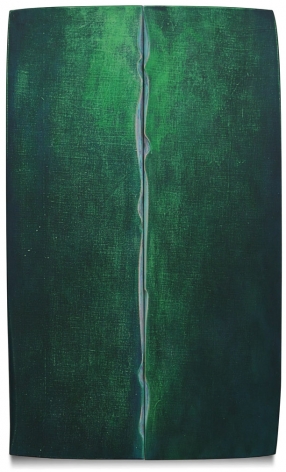 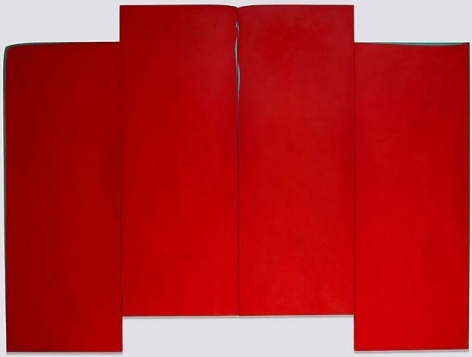 Robert Yasuda composes subtly iridescent paintings suffused with luminous color. The Hawaiian-born artist investigates the fugitive qualities of light and human perception by layering acrylic paint and sheer, woven fabric atop sculpted wooden panels, Yasuda builds surfaces that are at once ethereal and architectural. His works assume different guises according to changes in light and the viewer's vantage point. Defying the traditional boundaries of painting, Yasuda's works possess a floating quality. He carves wooden panels into unusual forms with sharp upturned corners, softly rounded edges or subtly curved contours. Attaching covert cradle-like wooden structures behind several paintings, he forces the works forward into space giving them a distinctly sculptural quality. In other cases, he suspends his works from narrow supports creating dramatic T-shaped compositions. Yasuda is continuously rebelling against the conventional painting frame and introducing new means of context and framing.

Yasuda moved to New York City in the late 1950s where he attended the Pratt Institute, Brooklyn. He began exploring themes of perception, light and nature in the early 1970s, producing resoundingly abstract paintings. He would dry the delicately layered canvases under the scorching sun in Florida, where he still spends half the year painting in the Keys. Increasingly, he became fascinated with the different character of his works when viewed in natural light versus artificial light

Robert Yasuda has exhibited extensively across the globe. He has been recognized with awards from the National Endowment for the Arts and the American Academy of Arts and Letters. Yasuda's works are in the permanent collections of The Brooklyn Museum, New York; The Library of Congress, Washington, DC; The New York Public Library; The Bass Museum, Miami, Florida; Carnegie Institute, Pittsburgh; and The McNay Art Museum, San Antonio, Texas. 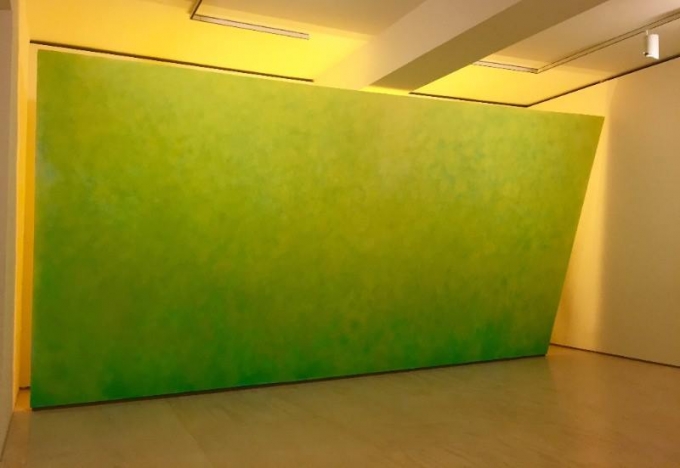 Robert Yasuda’s work is on view in Forty, a celebration of the venerable institution’s fortieth anniversary. The exhibition, organized by Alanna Heiss, PS1’s founding director, features work by more than forty artists who were key participants in the 1970s alternative art spaces movement and the early years of P.S.1 Contemporary Art Center.

To listen to a conversation between Robert Yasuda and Alanna Heiss, click here.

Click here for more about the exhibition
Back To Top