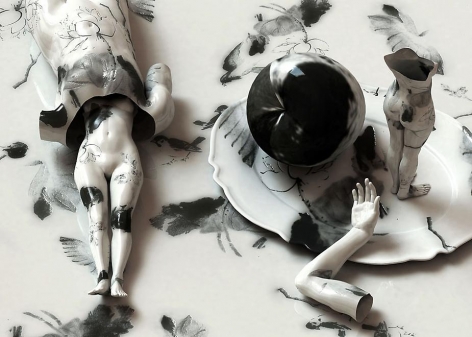 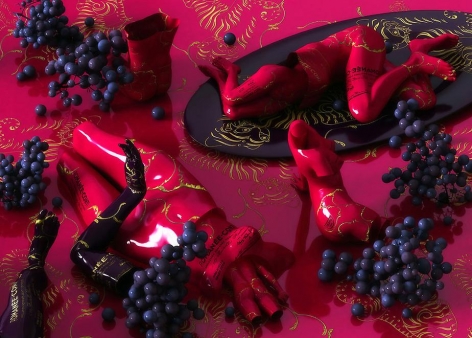 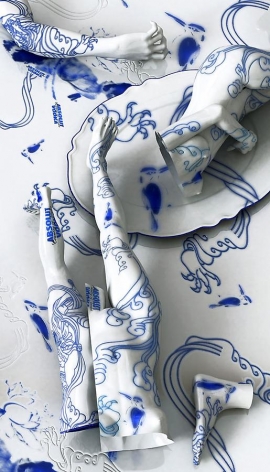 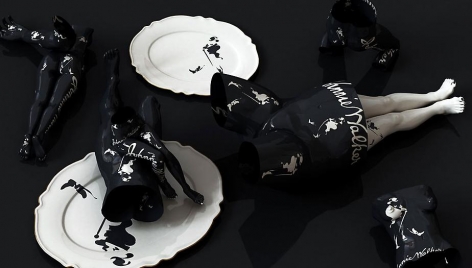 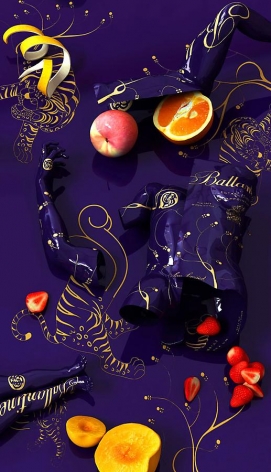 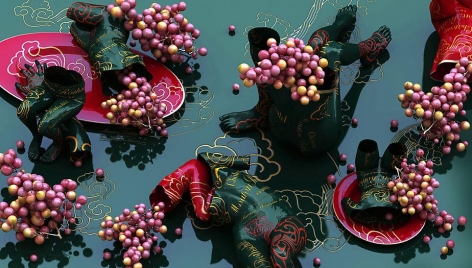 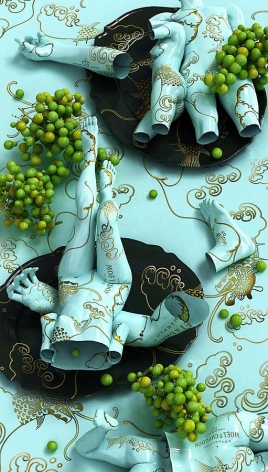 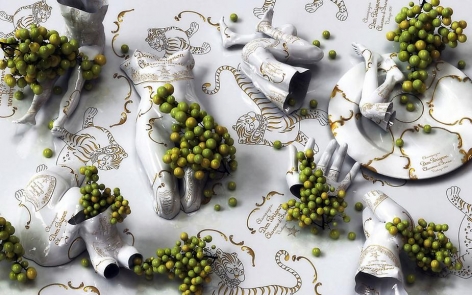 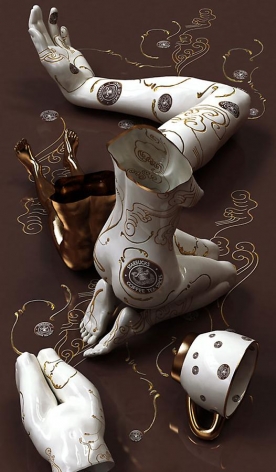 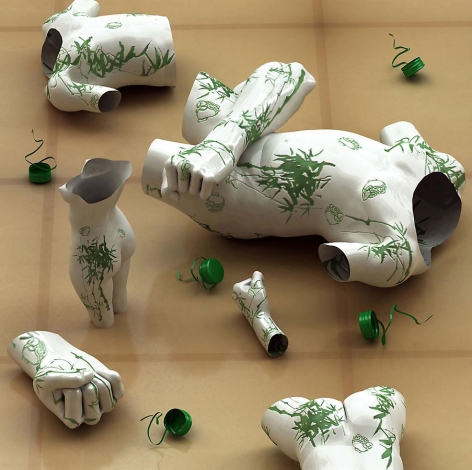 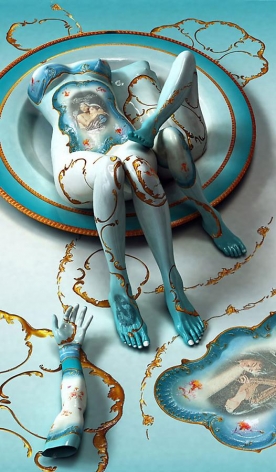 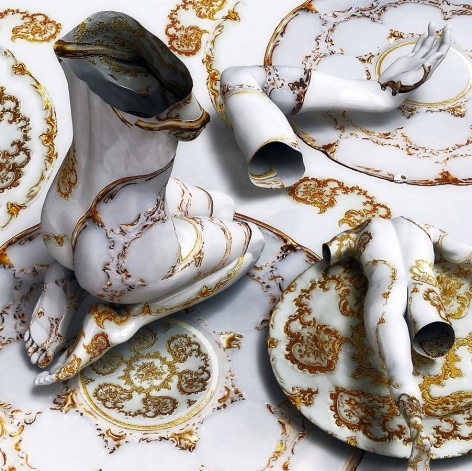 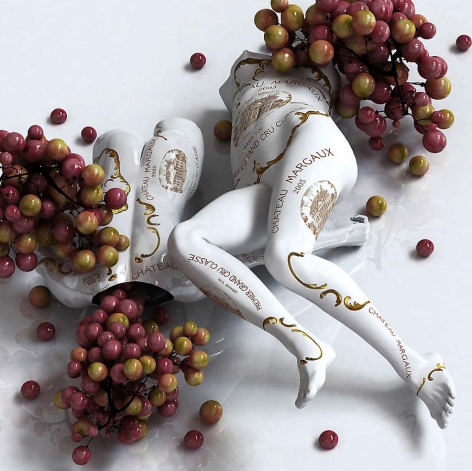 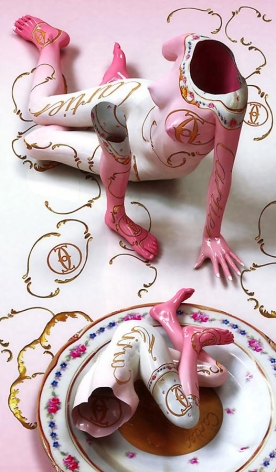 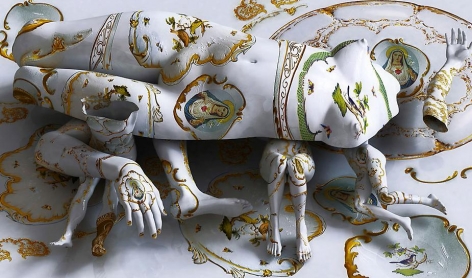 Drunken-Mouton Rothschild, in which random body parts tattooed with the logo of the famous French winemaker are spread out between gilded porcelain plates and lush fruit, illustrates themes at the heart of all of Kim’s works: an exploration of the human desire for things to admire, covet and love. Those can be things that are good for us, as well as things that are dangerous—sometimes it is just a matter of dose or perception. This is the paradox that he addresses at length in Drunken, his most recent series.

With the Fragile series, which Kim created just prior to Drunken, he turned his attention to porcelain-like human figures, instead of the more naturalistic tattooed figures he had become known for. His porcelain figures are hollow, lacking limbs, and distorted. Imperfection is a recurring theme in Kim’s work, which started with his fascination for tattoos and his discovery that tattooed men were deemed unfit for military service in Korea. The artist’s exploration of tattoos stems from his experiences tattooing his peers while in the Korean military. According to Kim, tattoos are not only physical inscriptions on the body but also signifiers of mental impressions left on the consciousness. Alluding to society’s weakness for material objects, Kim’s tattoo imagery reflects our obsessions and deep-seated attachments. 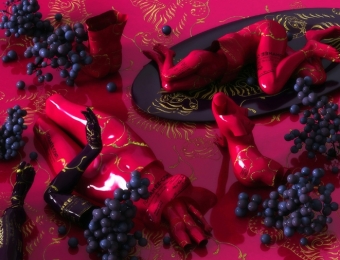