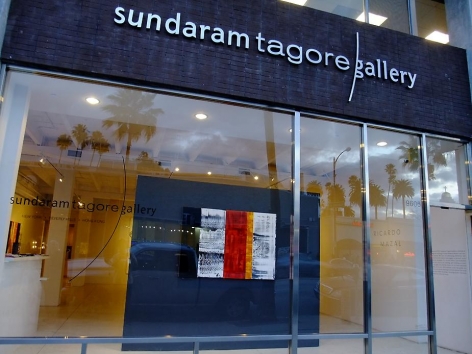 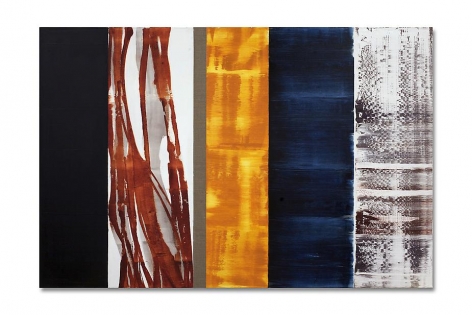 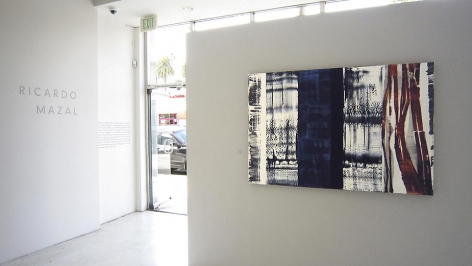 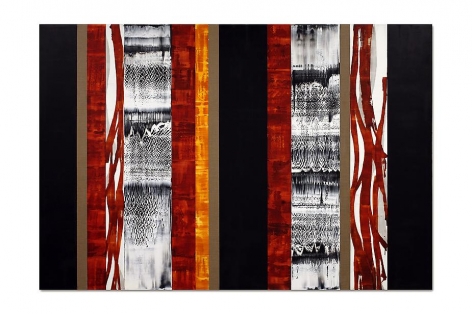 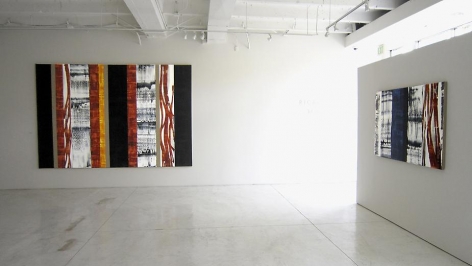 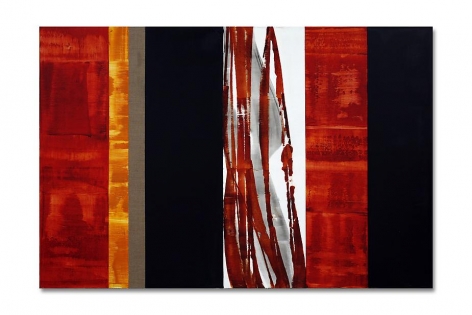 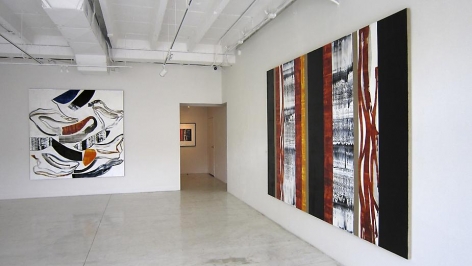 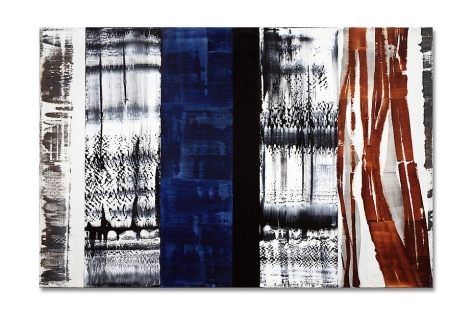 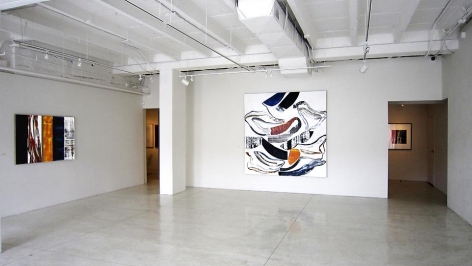 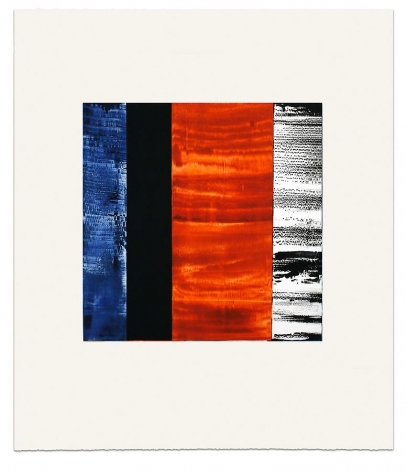 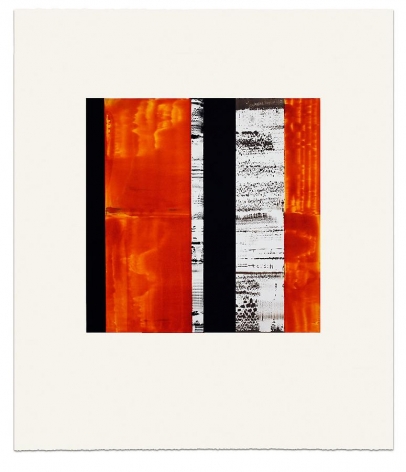 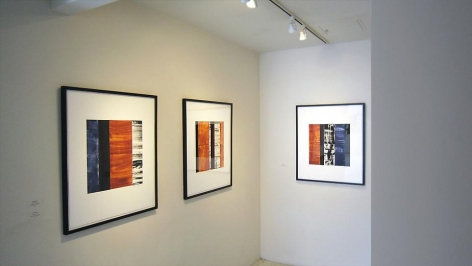 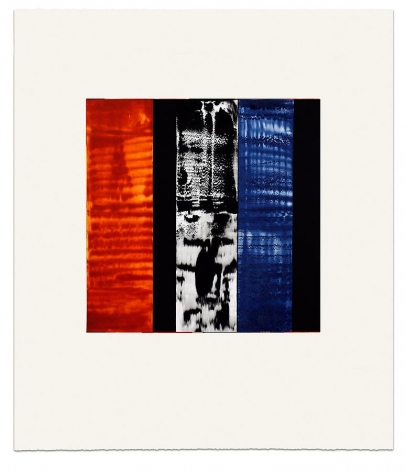 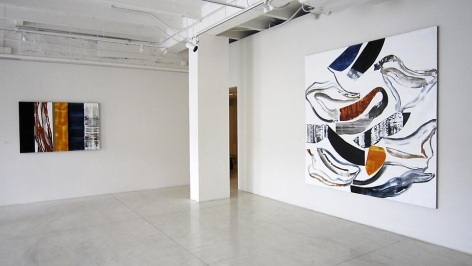 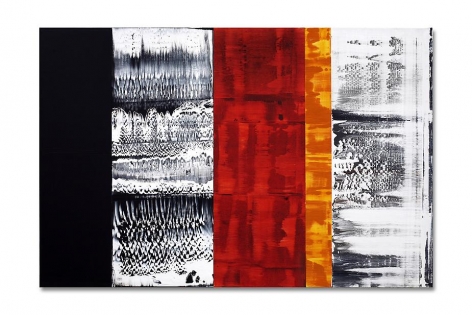 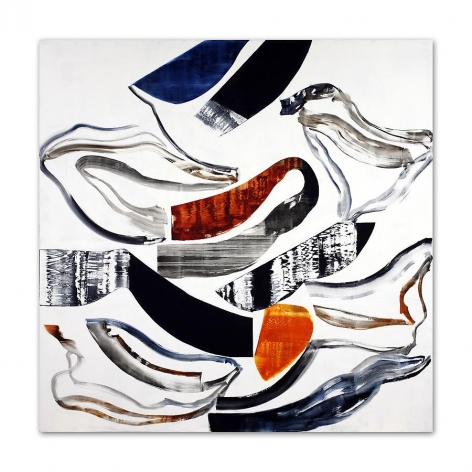 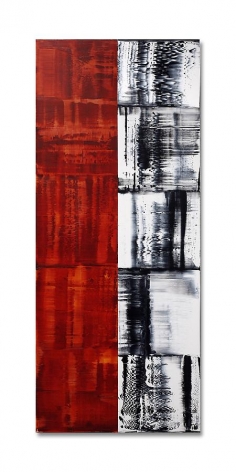 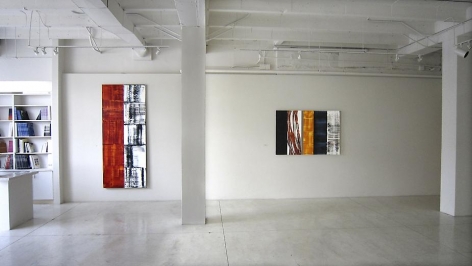 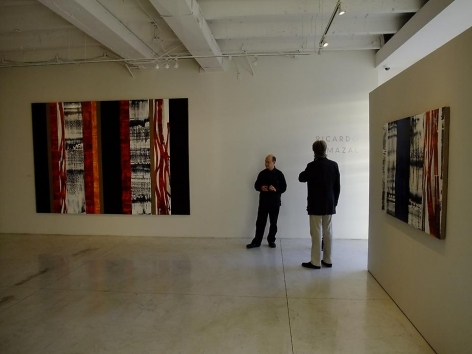 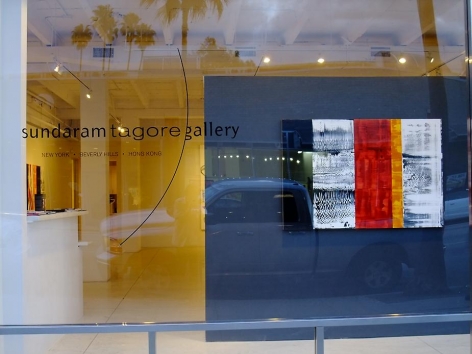 For his first solo exhibition in Los Angeles, Mexican-born artist Ricardo Mazal unveils a series of gestural abstract paintings inspired by his journey to Tibet's holiest summit, Mount Kailash. Using a multidisciplinary approach, Mazal moves between photography, digital technology and painting. In 2004, Mazal embarked on a trilogy examining the sacred burial rituals of three cultures, continents and time periods. He began in Mexico at the Mayan tomb of The Red Queen (La Tumba de la Reina Roja) then traveled to the Peace Forest cemetery (Friedwald) in Odenwald, Germany. This newest series of works continues Mazal's exploration of Odenwald's forest tombs while heralding the final installment of his triumvirate—the sky burials of Mount Kailash.

For years Mazal has explored the cycle of life, death and regeneration. In each of his investigations, photographs have been the impetus. Mazal believes photography is a bridge linking reality to abstraction. During his 21-day journey around Mount Kailash, he photographed the landscape and rituals. Mazal's process begins by manipulating photographs on the computer to compose a digital sketch. He then moves onto the canvas delicately layering oil paint using foam-rubber blades. To reveal luminous passages of paint, Mazal sweeps a dry blade with varying degrees of pressure across the canvas. The vestiges of paint are almost embryonic in structure with faint texture and hue. At regular intervals, Mazal photographs his painting in progress. Returning to his computer, he creates hybrid sketches that fuse the photographs of the actual painting with the virtual drawing allowing him to revisit his composition. Often, Mazal's influences will also spring from images of previous paintings, which he incorporates into new digital sketches. It is a regenerative and cyclical process closely paralleling the themes he explores.

Although Mazal focuses on sites relating to death, his work is a deeply spiritual celebration of life. While walking through Friedwald, for instance, Mazal was stuck by a group of small children playing hide seek among the tree tombs. The encounter with Friedwald still lingers strongly in the artist's mind. Thus the composition of Mazal's new works maintains links to the sheer verticality of the Odenwald 1152 series evoking the shape of the trees. The muted palette of Odenwald 1152 however has evolved to incorporate the saffron, red and deep blues of Tibet.

The trip to Tibet was of intense spiritual significance for the artist. Embracing the rituals of Mount Kailash, Mazal performed the Kora, a 33-mile trek around the peak. This circumambulation is one of the most sacred rituals for Buddhists, Hindus, Jains and Bonpos. According to Tibetan Buddhists, one journey around the mountain cleanses all sins and 108 rounds can lead to nirvana. During the trek, Mazal was fascinated by the thousands of prayer flags quivering furiously in the wind. Tibetans believe that fierce winds will deliver the blessings inscribed on the flags to the world. The vibrant flags inspired his palette, and also contributed to the fluidity and sensation of movement of his paintings. Mazal says, "Here, as with Odenwald 1152, I was struck by the convergence of material and invisible worlds, the mountain and sky, the way I had to rise out of the difficulty of my own physical limitations in my ascent around the mountain."

Ricardo Mazal was born in Mexico City in 1950. He has exhibited extensively in galleries and museums throughout the Americas and Europe, including such institutions as the Museo de Arte Contemporaneo de Monterrey, Mexico; Museo Nacional de Anthropologia, Mexico City; The Americas Society, New York; The Scottsdale Museum of Contemporary Art, Arizona; and a recent retrospective at the Museo de Arte Moderno, Mexico City. His work is included in the collections of the Scottsdale Museum of Contemporary Art, Arizona; Museo de Arte Moderno, Mexico City; Museo de Arte Abstracto Manuel Felguerez, Zacatecas, Mexico; Maeght Foundation, Paris; and Deutsche Bank, New York and Germany. Mazal divides his time between New York City where he has a studio and Santa Fe, New Mexico.