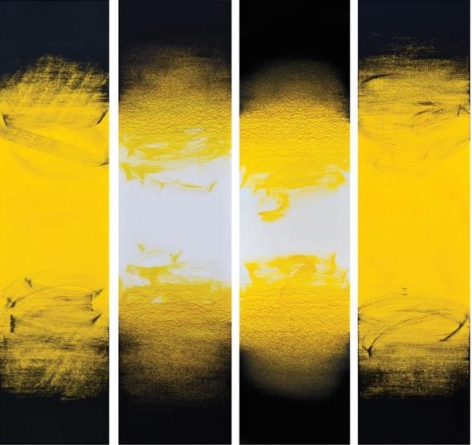 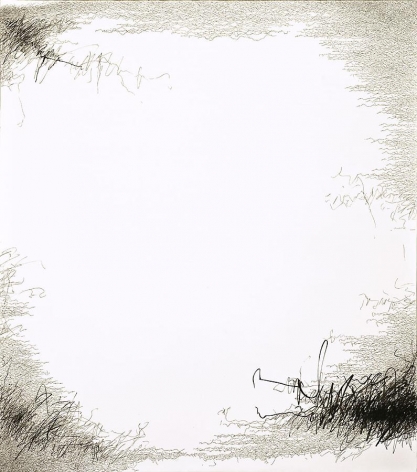 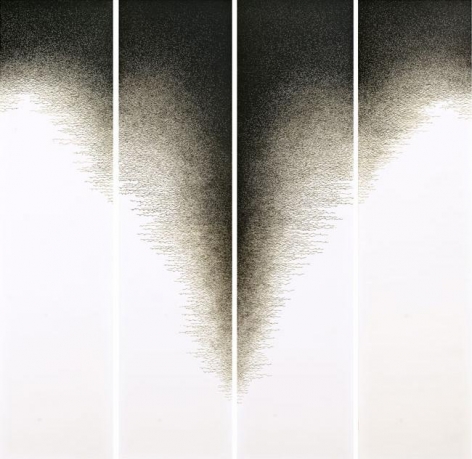 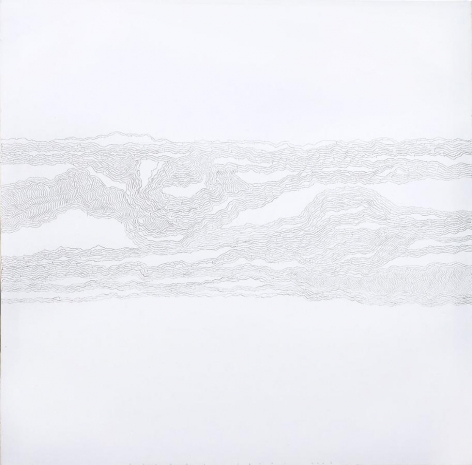 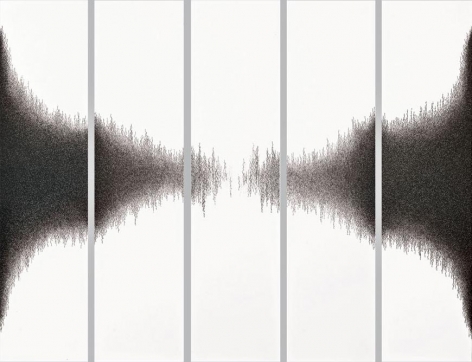 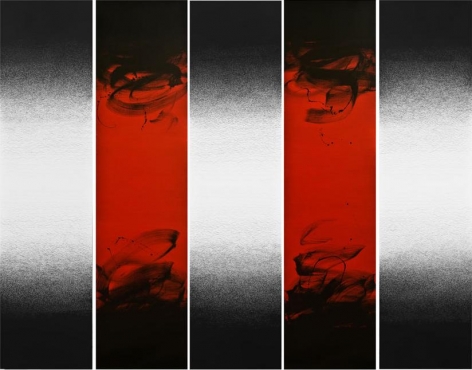 For her debut solo exhibition in New York, Iranian artist Golnaz Fathi—who divides her time between Tehran and Paris—presents recent works on canvas that draw on her long practice of traditional Iranian calligraphy.

Fathi works in fine pen, mostly on varnished raw, rectangular, polyptych canvases, in a limited palette of white, black, red and yellow. She layers the surface of the canvas with thousands of minute marks that echo the curvilinear forms of calligraphic letters and words. These intricate lines coalesce into minimalist compositions that can be read in multiple ways—as landscapes, electronic transmissions or atmospheric phenomena. She refrains from titling her works, which allows the viewer free reign to assign his or her own interpretation.

The basis of Fathi’s practice is siah-mashq, a traditional exercise in which the calligrapher writes large, cursive letters across the page in a dense, semi-abstract formation. The letters aren’t meant to form words or convey meaning, but rather strengthen the skill of the scribe. Fathi reinterprets this technique, drawing inspiration from various Western and Eastern sources, including American Abstract Expressionism, as well as the work of Iranian and Middle Eastern modernists who pioneered the use of the written word as a pictorial element in the late 1950s and early 1960s. By skillfully combining these various elements, she has created a unique visual language with universal appeal.

Born in Tehran in 1972, Fathi studied and mastered classical calligraphy at Azad University and the Iranian Society of Calligraphy, where she practiced writing the Arabic alphabet for up to eight hours a day for six years. In 2012 she was granted a residence permit in France, where she now spends half the year.

This exhibition was curated by Karin von Roques. 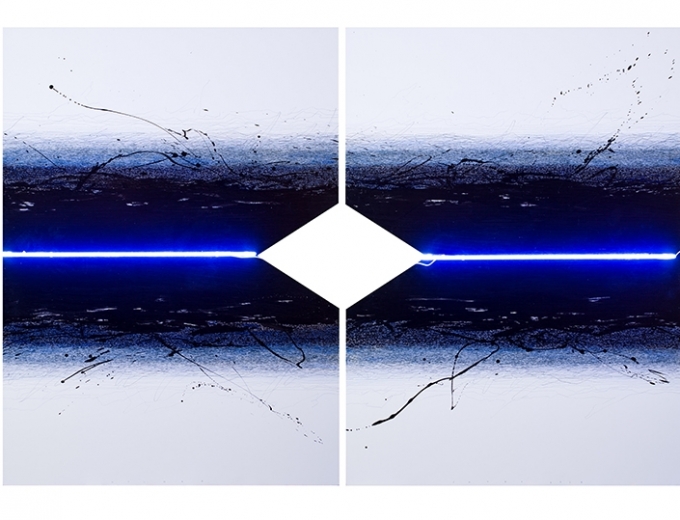