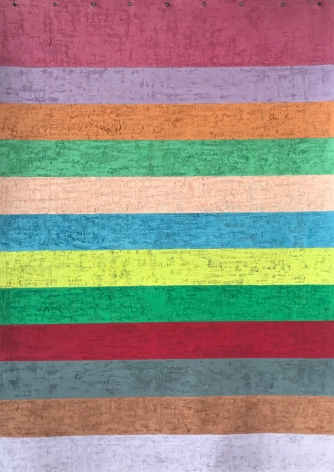 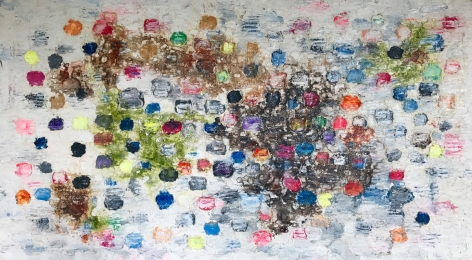 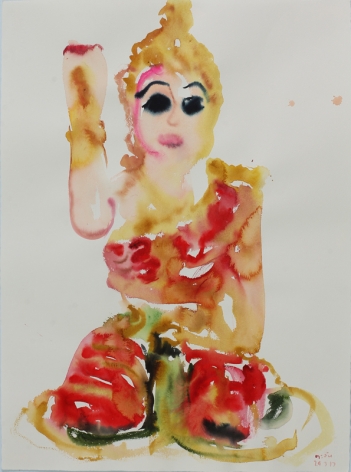 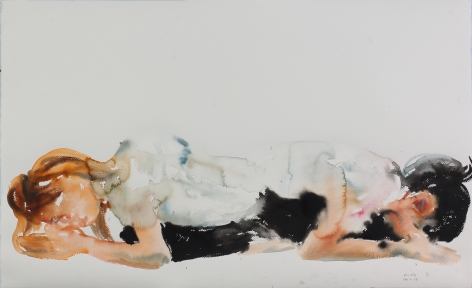 Sundaram Tagore Gallery and curator Loredana Pazzini-Paracciani present an exhibition of work by six influential Thai artists examining divergent notions of present-day Thailand, a country experiencing social and political uncertainties under military rule since 2014. Through painting, sculpture, collage and works on paper, the artists  explore themes of duality and alternative possibilities from both personal and collective narratives.

As a result of the current social and political shifts rippling across the world—from the rise of nationalist movements in the West, to extremist factions on a global scale—we are confronted by a ceaseless flow of news and information that demands not only our attention, but a consensus of opinion formed from a deluge of contradictory positions. Reflecting on this notion of alternative choices, curator Loredana Pazzini-Paracciani invited Thai artists Tawatchai Puntusawasdi, Thasnai Sethaseree, Mit Jai Inn, Angkrit Ajchariyasophon, Tawan Wattuya and Sanitas Pradittasnee to examine the tension that arises from opposing views within their own society and beyond, while also considering alternative possibilities—the proverbial “other side of the coin.”

The work in this exhibition embodies a dualistic perception of reality, but varies widely in terms of subject matter, medium and format. Mit Jai Inn’s large-scale double-sided canvases treat each surface as an alternate reality, while Tawan Wattuya’s watercolors feature dual images of religious iconography that range from whimsical to unsettling. Individually, each artist articulates a unique viewpoint, addressing critical issues of contemporary life in Thailand, but collectively they share a powerful narrative that questions the very notion of reality and how easily it can be upended.

Tawatchai Puntusawasdi creates kinetic, architecturally inspired sculptures that play with the viewer’s sense of space, depth and volume. For this show, he produced a series of drawings and copper sculptures examining the geometry of the sphere. Tilted, elongated and balanced on their axes, the artist uses complex mathematical calculations to explore possible alternate realities in two-dimensional form. Tawatchai’s work was included in the 50th Venice Biennale and he is the recipient of a Pollock-Krasner Foundation Grant. Tawatchai's work will be featured in the curated section of the 2018 Sydney Biennale.

In his practice, Thasnai Sethaseree explores themes of memory, migration, consumerism and modernity. The Chiang Mai-based artist is known for his complex, tactile paper collages, where he superimposes bits of colored paper and other materials over images depicting Thai history, giving viewers a choice to “see” critical moments that have faded from the region’s collective consciousness. Thasnai has exhibited extensively in Asia and abroad, including at the Venice Biennale in 2003.

A pioneer of Chiang Mai’s thriving contemporary art scene, Mit Jai Inn is best known for his vibrant abstract compositions exploring the social and political implications of making art. For this show, he produced a series of large-scale, dual-sided works with opposing realities. Mit’s work is in private and institutional collections across the globe and he has participated in shows at Palais de Tokyo in Paris, the Singapore Art Museum and the Mori Art Museum in Tokyo. Mit's work will be featured in the curated section of the 2018 Sydney Biennale.

Tawan Wattuya uses watercolor to explore social phenomena inside and outside Thailand. The works in this show are from his Twins series, which depicts dual subjects embodying various forms of religious iconography. The compositions, ranging from images of the Lord Buddha to colorful amulets, allude to a duality in religious and spiritual beliefs, and by extension, to a society in transition, where traditional values are questioned.

Sanitas Pradittasnee’s practice focuses on architecturally inspired installations intertwined with elements of Buddhist philosophy. Combining materials such as soil, resin and ash with the effects of light and mirrors, she produces works that transcend reality and challenge us to re-evaluate our acquired sense of spirituality. For this show, she produced a large-scale experiential installation made from steel, mirrors and ash that creates a space for quiet contemplation and reflection.

Angkrit Ajchariyasophon explores intercultural exchanges between the East and West. He produced a series of paintings for this show that are inspired by playing cards, where the paintings can be turned to reveal content hidden on the other side of the canvas. Angkrit is also an independent curator, who has staged exhibitions at the Bangkok Art and Culture Centre and was the co-curator of Thailand’s presentation at the Singapore Biennale in 2013. 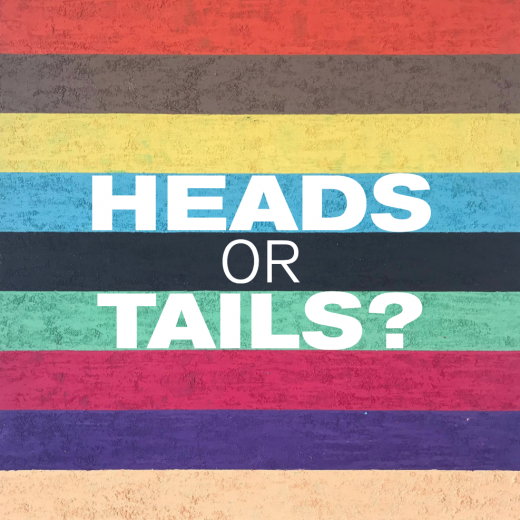 Publication
Heads or Tails?
Uncertainties and Tensions in Contemporary Thailand
Back To Top